Are you familiar with the term “Bitcoin’s little brother”? It’s referring to Bitcoin Cash (BCH) which came out a little after the first crypto. In case you’re not familiar with it, we’ve created this article to help you learn more about BCH, why it was made, what’s its price history, and what you can expect from it.

What Is Bitcoin Cash (BCH)?

Bitcoin Cash is a cryptocurrency that was created in August 2017 following a fork of Bitcoin. What a fork means in blockchain technology is a modification of the original code that generates a new version of the blockchain, while also maintaining the original one.

In the specific case, also to better explain what Bitcoin Cash is, at the basis of the 2017 fork there was the request to overcome the size limit of the blocks. For some time, in fact, the Bitcoin community had posed the problem of scalability, linking it to a possible downsizing of the cryptocurrency itself.

The Bitcoin owners of block 478558 became owners of BCH. With the birth of Bitcoin Cash, block sizes went from 1MB to 8MB, with the aim of increasing the number of transactions the network can process. In fact, the shorter the processing times, the higher the number of exchanges that can be managed.

Given the premises, it is therefore not surprising that the development of this project continues today in the same direction. At the moment the block size has reached the size of 32 MB, and there is the growing number of projects will only increase the expansion.

What Are the Main Difference Between Bitcoin and Bitcoin Cash?

Bitcoin was introduced by Satoshi Nakamoto as an alternative to fiat money. However, this didn’t work out entirely, or at least so far on a bigger scale, since the crypto quickly made rich people richer and grew in price. This made it very hard for smaller investors to be able to own or use bitcoins. The BCH project aims to become that promised electronic cash people can use instead of traditional finances. The blockchain can process a higher number of transactions, with a lower cost for commissions. However, it should be noted that unlike BTC, BCH is considerably more centralized, which may not be favored by those who want to escape from the methods of traditional money and their controlling institutions.

What Are Bitcoin Cash’s Heirs?

It’s worth to mention that BCH haven’t reached the Bitcoin price just yet. The cryptocurrency reached its highest price of $4,355.62 at the end of 2017, the year it was created. Since then the price has considerably fell down, but BCH managed to keep it around the $300 mark for quite some time. The coin isn’t spared from the market conditions that began at the 2021, though, so it’s currently trading lower than that.

You can see the most recent Bitcoin Cash prices on the graph below.

Where to Buy Bitcoin Cash (BCH)

Having emerged from the most popular crypto’s network, BCH has a huge advantage against new or unknown cryptocurrencies. That’s why it’s relatively easier to find where to buy it. One of the most common ways, as well as accessible, is buying BCH on a platform for crypto trading. You can use two types of platforms to buy this cryptocurrency, based on the type of assets they provide for trading.

If you pick to buy Bitcoin Cash at a broker, you’ll have to know that this type of platform also provides assets like stocks or foreign fiat currencies for trading. eToro is one of the brokers that allows you to buy and sell BCH on their platform.

If you want to buy the asset on a platform that only provides cryptos for trading, then exchanges are the right place for you. You can buy Bitcoin Cash at centralized exchanges like Binance, Kraken, or Coinbase, where you transaction will be monitored by a third party. If that sounds too much like banking to you and you don’t like the idea of that, then you can choose a decentralized exchange. PancakeSwap will allow you to swap your other cryptos for BCH and you’ll do it only peer-to-peer, meaning between buyer and seller. 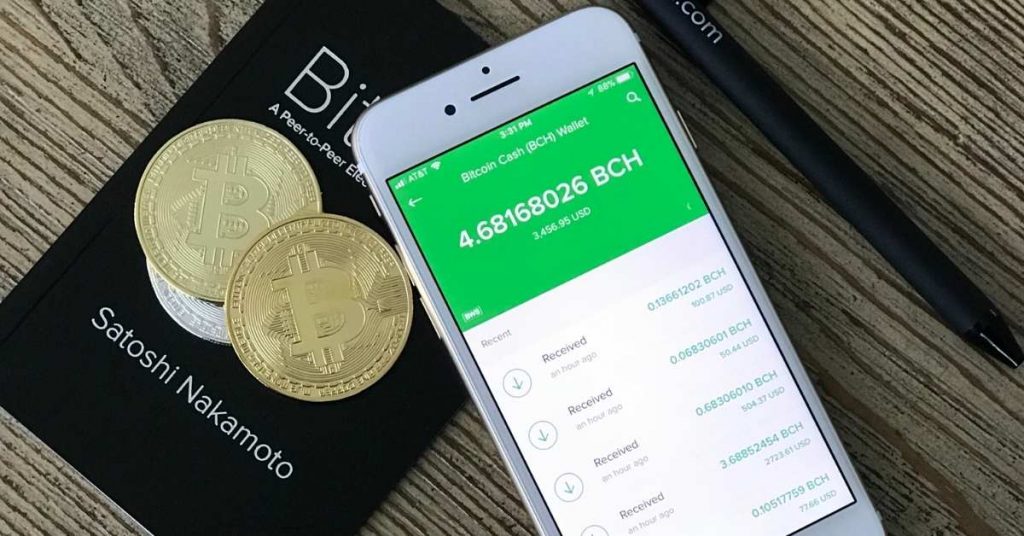 What Is the Best Wallet for Bitcoin Cash (BCH)

If you buy your BCH tokens on exchanges like Coinbase or Binance, you can store them there, as they provide built-in wallets. If you don’t want to use different services for your tokens, you can research which exchanges provide this option, and consider it when you pick where to buy and store your Bitcoin Cash crypto.

However, if you’re willing to use different storage than the one provided by trading platforms, you have two options, depending on how the wallet is connected with the internet. If you want to access your cryptos quickly, using only a computer or smartphone and online connection, then you can choose one of the hot storage wallets. Hot wallets like Exodus and Edge allow you to store your BCH tokens and private keys online and access them at all times from everywhere.

If you’re concerned for your assets being exposed to online theft, however, you can opt for a cold storage wallet, also known as hardware wallet. Store your coins and private keys on Ledger or Trezor and you’ll only connect your wallet to your computer and the internet when you want to make transactions.

You have to consider your own priorities when picking where to store your BCH coins – is it speed, safety, or anything else. Depending on that, you can pick one or even two different types of wallets and see what’s most convenient for you.

How to Make Money With Bitcoin Cash

The most popular ways how to make money with Bitcoin Cash are by investing and trading the asset.

Long term investing or passively investing in a cryptocurrency is also referred is hodling (holding) the crypto. The strategy means that you buy a digital currency when you think its price is lower than its real value, and then keep it waiting to resell it when the price is much higher.

This is popular strategy in the traditional financial markets, you can earn a considerable return from stocks if you keep them for a long term. However, cryptocurrencies don’t have the stability of other assets, on the contrary, they are highly volatile. This means that the market is constantly changing and you risk that the Bitcoin Cash price you’re expecting to get your generous returns may never be reached in the long term.

That’s why many people choose to trade cryptocurrencies like BCH. They constantly buy and sell the assets, on weekly, monthly or even daily bases. In that way you can take advantage of the current lower price of an asset and the potential high one that follows. If you decide to trade Bitcoin Cash, you should consider it when picking where to buy it – you’d want a place that works very quickly.

Both ways of earning a return with this crypto, or any other, have their advantages as well as disadvantages. You could make considerable returns if a digital asset has a potential and grows its price in the years that you hold it. However, it may also drop its price in the space of an hour, so then even trading would prove unsuccessful. That’s why you should always be careful because you could lose your money even a lot easier than making them with digital currencies.

What Are the Pros and Cons of Bitcoin Cash

❌ Not popular enough, especially considering its connection to BTC

Is Bitcoin Cash Worth Following?

To summarize the information about BCH, let’s go back to its connection to the first cryptocurrency. Bitcoin Cash was created by the community which thought that Bitcoin was getting too far away from its initial path. The coin came with many promising to solve issues, however, years after its birth, BCH is still far behind BTC. It’s no longer a part of the top 10 by market cap, where it sat for a while, and it hasn’t gained enough popularity or adoption to fulfill its aims.

However, Bitcoin Cash doesn’t seem to have lost its courage, despite the bumpy road. It continues to implement new projects, to develop its blockchain and sustain a relatively good price of the BCH asset. Even though it didn’t explode in the way it may have intended to, it also didn’t disappear, as many coins on the crypto market have done. The Bitcoin price, even now when it’s lower than its last year’s high, is a very high entry for many investors. The Bitcoin Cash price is much more affordable, which may attract people who want to get involved with the Bitcoin network, even through this fork. If the network continues to develop and somehow sparks new interest around itself, it may become another hot topic in the future. If it doesn’t, it may be another Bitcoin-wanna-be lost in the space of almost 20,000 altcoins, even if it had a head start.

Are Bitcoin and Bitcoin Cash the Same Thing?

No, Bitcoin (BTC) and Bitcoin Cash (BCH) are not the same cryptocurrency. BCH comes from the original BCH network but is its own crypto and later develops its blockchain in different matter.

Is the Bitcoin Cash Cryptocurrency Safe?

Yes. Since its inception in August 2017, Bitcoin Cash (BCH) has proven to be a safe cryptocurrency, without any major network issues. That being said, different experts have criticized decentralization compared to Bitcoin, an element that could have negative consequences on the entire project.

Is It Worth Investing in Bitcoin Cash?

If the whole market, along with BCH, recovers, it would be profitable to invest in this cryptocurrency. So purchasing a lower Bitcoin Cash price may potentially bring you returns if it rises again. However, nobody can predict how digital assets will behave with certainty, so keep that in mind.