Bitcoin is the biggest cryptocurrency but it also serves as a synonym for cryptocurrency so it’s practically impossible for anyone who has access to media to have never heard of it today. Digital assets, led by BTC, are believed to be the future of finances by many investors and financial specialists. Even if you don’t follow the Bitcoin price or want to invest, you should know more about the leading cryptocurrency. Learn more about Bitcoin – what it is, how it works, Bitcoin’s price history, and predictions, to be up-to-date with the most famous fiat alternative.

What Is Bitcoin – The Biggest Digital Currency Explained

Bitcoin is the first cryptocurrency of the kind that we know today. Towards the end of the previous century, cryptographers and computer specialists created electronic money but only in 2009, the first decentralized cryptocurrency Bitcoin emerged. Unlike fiat currencies, there’s no physical representation of Bitcoin and no bank determines the Bitcoin price. Instead, the price of Bitcoin rises when there are more buyers than sellers and falls in the opposite case. If the Bitcoin price seems too high for you, you’ll be glad to know that bitcoins can be divided into smaller parts, called Satoshi, meaning you can buy a fraction of the digital currency.

Bitcoin Price at the Moment

In case you want to see what the Bitcoin price currently is, here’s a live chart. Follow Bitcoin’s price movements to decide the best moment to invest in it.

Bitcoin History – How the Famous Crypto Increased Its Price

Bitcoin was created by an unknown person or group of people, using the pseudonym Satoshi Nakamoto. The developer expressed concerns that traditional currencies are too reliant on third parties so Bitcoin was created as an alternative. At first, the price was quite low and it had no real use cases. The first users of Bitcoin were black markets, which still lingers in association with cryptocurrencies, though a lot has changed since then. As the price of Bitcoin grew, so did adoption, and after 2017 when Bitcoin hit its first big all-time high, society started recognizing the investment vehicle. Bitcoin brought many coins after itself, along with regulations and laws regarding them.

What Is the Process of Creating the First Crypto?

Bitcoin relies on the Proof-of-work method, meaning new bitcoins are “mined”. Bitcoin mining is represented by individuals solving difficult mathematical problems in a block on their computers. In return, they receive bitcoins as a reward. Back when Bitcoin was introduced, almost everybody could mine it. However, today you need special equipment as mining requires a large amount of power.

The number of Bitcoins in a block that miners receive began at 50. Since then the number has been decreasing in events called “halving”, the next of which is expected to happen in 2024. The maximum supply of bitcoins, 21 million, is expected to be reached by 2140.

After bitcoins are mined, you can transfer them. The bitcoin transactions are grouped in blocks in a chronological sequence called a blockchain. For each transaction are used two types of keys – a public key that’s available for everyone to see and a private key, known only to its user. The blockchain that Bitcoin popularized has set a new standard for privately storing and transferring information that even crypto critics seem to recognize as important. 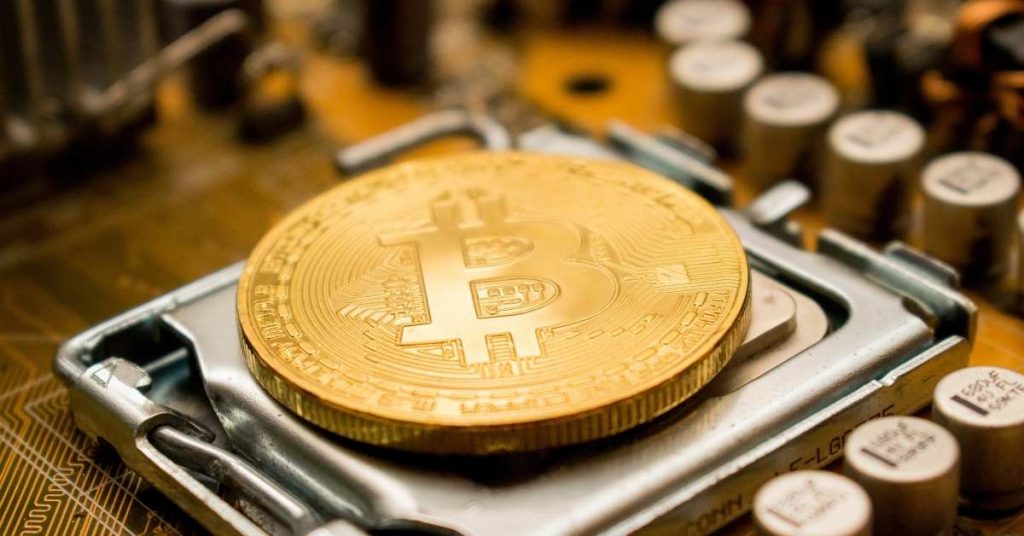 As mentioned, many new cryptocurrencies emerged after Bitcoin appeared. They are called altcoins, short for Bitcoin alternatives. Some of the most famous Bitcoin competitors include:

These tokens are in the high ranks of market capitalization so they’re most likely to be promoted as Bitcoin alternatives. As you can see, they haven’t come close to the highest Bitcoin price yet, $68,789.63, even at their biggest milestones. Additionally, there are almost 20,000 cryptocurrencies on the market today and at least half of them promote themselves on Bitcoin’s back, pointing out its problems and providing solutions for them. It’s natural that newer cryptocurrencies could be more technologically advanced than the first crypto, but remember that it’s all only promises until you see the results.

Bitcoin Issues Its Competitors Are Trying to Solve

Bitcoin was released almost 13 years ago and since then technology has changed much, giving an advantage for new assets. Some of the issues that Bitcoin competitors aim to improve are:

The Top Ways How to Buy Bitcoin, No Matter the Price

As we’ve mentioned, if the Bitcoin price is too high for you, you can buy a fraction of it only. You can also buy a whole or multiple bitcoins. The possible ways of buying Bitcoin are:

After you’ve purchased the number of bitcoins you desire, you can store them in a Bitcoin wallet, there are many different ones to suit every trader’s specific needs.

The Bitcoin price may be luring for some investors and intimidating for others. The price of the biggest crypto has grown considerably since its release and some even claim Bitcoin is cheap because of how valuable it actually is. Let’s take a brief look at the price of Bitcoin in the past, what factors can affect it and what are some forecasts for the near future. This way you’ll get a better idea of how the first crypto asset has performed so far and how it may go in the future.

It took two years since Bitcoin was created to reach $1. Then the cryptocurrency began to rise in popularity, and so did its price of it. Some of Bitcoin’s milestones through the years are:

The Bitcoin price is very volatile, meaning throughout the years it experienced just as many dips as rises. The bull market of 2017 was when Bitcoin really exploded but then for three years, it couldn’t get much higher. In 2021 Bitcoin surprised the whole world when it conquered the $60K mark early in the year. A bear market dragged almost half its value down but in November 2021, the biggest crypto topped its all-time high. Since then Bitcoin and the whole market have turned bearish but the community remains hopeful that the sentiment will soon change.

There are multiple factors that can influence Bitcoin’s value. Some of them are:

Just as the listed factors can affect BTC, the value of the biggest crypto can lead the whole market in either direction. Bitcoin is the first cryptocurrency by market capitalization and so far, where it has gone, the altcoins have followed. If you’re a cryptocurrency trader you should follow Bitcoin’s movements to get an idea of where the broad market direction is heading.

Cryptocurrencies became widely recognized as profitable investments and suddenly everyone became an expert in price predictions. Nobody can tell for real how a digital asset will perform in the future, the past performance isn’t guaranteed to be repeated. So you shouldn’t trust internet users to tell you when to buy and sell an asset.

The Bitcoin price predictions are extremely popular and while you shouldn’t base your investment decision solemnly on them, you should check them out just to get a general impression. Based on the predictions of sites like DigitalCoinPrice, Walletinvestor, TradingBeasts, and Coin Price Forecast, let’s look at what the highest and lowest value of Bitcoin is expected to be in the next years.

Remember that price predictions, generated by AI or predicted by someone in the financial world, aren’t investment guides but the expectations of how Bitcoin or any crypto will perform in the future. Consider them but don’t invest just because a site told you Bitcoin will reach $100K in a few months.

What Will Be Bitcoin’s Future and How would that Affect its Price?

There’s no doubt Bitcoin changed not only the financial but the whole world. We can’t be certain what will be the future of the asset or how high it can go. Based on how cryptocurrency adoption is growing, we can assume cryptocurrencies have a permanent spot in our lives.

Even though Bitcoin’s future is shrouded in a bit of mystery, there are some things that we can predict with a fair degree of certainty. For one, it is highly likely that Bitcoin will continue to be adopted by more and more people and businesses around the world. As awareness of Bitcoin grows and more people learn about its benefits, its usage is likely to increase. This will have a positive effect on the price of Bitcoin, as demand for it will increase and there will be more buyers than sellers, driving up the price.

As we’ve mentioned previously, another factor that could have a big impact on Bitcoin’s future price is government regulation. Currently, Bitcoin is not regulated by any government or financial institution. This could change in the future, as governments may attempt to regulate or even ban Bitcoin in an effort to control it. If this happens, it could have a negative impact on the price of Bitcoin, as people may be less likely to want to use it if it is regulated.

Finally, another potential factor that could affect Bitcoin’s future price is the development of new technology. Currently, the Bitcoin network is based on a Proof-of-Work system, which is becoming increasingly outdated. If a new system, such as Proof-of-Stake, is developed and adopted by the Bitcoin community, it could have a positive effect on the price, as it would make the Bitcoin network more efficient and could potentially increase its scalability. But is that even possible?

All in all, predicting Bitcoin’s future price is a tricky business. However, by taking into account factors such as adoption rate, regulation and technological developments, we can get a better idea of where Bitcoin might. Whether you buy it or just follow Bitcoin out of curiosity, it’s certain that the digital asset still has a lot to show us in the future.