Cryptocurrencies have been on a wild ride in 2022. For some people the past few years have been a nightmare, even. Prices have skyrocketed and crashed, and no one seems to be able to predict where they are headed next.

Crypto Crash: What is a Cryptocurrency Crash?

A cryptocurrency crash is a sudden, sharp decrease in the price of digital assets. Unlike traditional financial crashes, which are often caused by economic recession or political uncertainty, cryptocurrency crashes typically occur when there is a sudden change or news event that causes investors to lose confidence in the asset. For example, last year’s Bitcoin crash was caused by China’s announcement that it was cracking down on cryptocurrency exchanges.

Why is Crypto Crashing: 5 Reasons for the Cryptocurrency Crash in 2022

You probably already know what cryptocurrency is. But why are market crashes happening so often? Here are our 5 reasons for the cryptocurrency crash:

1. The cryptocurrency market is new and violatile

The first reason is that cryptocurrency is still a new and volatile market. It’s only been around for about a decade, and it hasn’t had time to mature yet. This means that there are still a lot of people who don’t really understand how it works or what it’s worth.

2. Decentralizaiton is both a curse, and a blessing

The second reason is that there’s no central authority controlling cryptocurrency. This can be seen as both a good and a bad thing. On the one hand, it gives rise to scams and fraud; on the other hand, it makes cryptocurrency much more decentralized than traditional markets.

3. People are scared of its untraceability

The third reason is that cryptocurrency is often used for illegal activities. Many speculate that because it’s so difficult to trace, criminals have been using Bitcoin and other. However, illegal use of assets is a thing since the beginning of time, so this is something that would keep happening, no matter the currency.

The fourth reason is that many people are still skeptical of cryptocurrency. They don’t trust it because it’s so new and because there have been so many stories of people losing money in cryptocurrency scams.

5. The Goverment is stepping in. All around the world. 🌎

The fifth and final reason is that government regulations are starting to get stricter. In some countries, like China, cryptocurrencies are outright banned. In others, like the United States, the government is cracking down on cryptocurrency exchanges and ICOs. You may even find yourself in a need of cryptocurrency lawyer in the future.

A thought on the cryptocurrency crash by an anon: 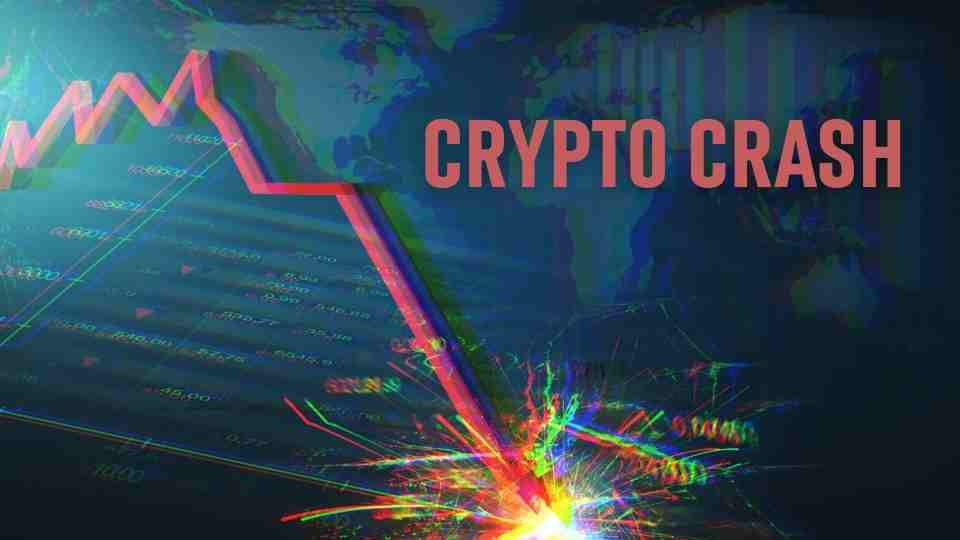 How to predict a cryptocurrency crash?

Cryptocurrency crashes can be difficult to predict and can happen without warning. However, there are some signs that a crash may be imminent. For example, if the price of an asset suddenly skyrockets and then starts to drop rapidly, this could be a sign that a crash is coming. If you see news stories about negative developments in the cryptocurrency industry, such as new regulation or hacks, this could also be a sign of trouble ahead.

Of course, not all sudden price drops are indicative of a crash. Sometimes, the market may simply be going through a period of adjustment after a period of rapid growth. However, if you’re concerned that a crash may be coming, it’s always best to exercise caution and avoid investing more money than you can afford to lose.

Have you ever experienced a cryptocurrency crash? Share your story in the comments below!

Why Cryptocurrency Crashes are happening

So those are five reasons why the cryptocurrency crash of 2022 is happening. What do you think? Do you agree with all of them? Let us know in the comments!