This is Andi, also known as ANDiLAND. 🐰 She is a multi-media artist  🎨 working in the realm of sex 👄 & violence. 🔪 Raised in the plastic wonderland 💋 of Southern California, 🌸 her work ✨ has been shown all around the country 💗 including Slamdance Film Festival. 🌈 She is currently pursuing 🍩 her graduate Master of Fine Arts degree 🎉  and will be graduating this Spring. 🐰

Andi, how would you describe your artwork?

My work invites viewers past the looking glass of reality into a rainbow rabbit hole wonderland. I attempt to navigate 💄 the idea of women and violence ⚔️ through the lens of popular culture 💘 utilizing the language of 🎉 entertainment & simulacra. Exploiting 💉 the female grotesque 👄 I examine the superficial 🌈 construct of reality 🍩 and play with the voluptuous 🔥 danger lurking beneath the sticky 💋 sweet surface 🍰.

Have you been featured in any exhibitions?

I’m just starting to screen my work at some upcoming film festivals, including Slamdance Film Fest in February 2021. My dream is to continue to showcase my work internationally as well as to expand my digital presence. 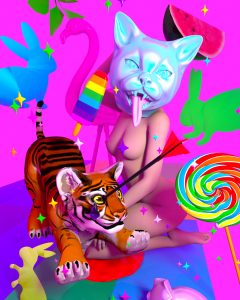 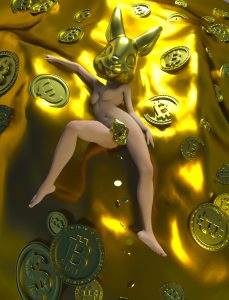 How would you describe New Media Art to someone who doesn’t know what it is?

I would describe it as new non-traditional mediums, such as but not limited to digital and virtual reality.

I love the freedom to really play with space and dimensions.

New media gives art the ability to expand so many possibilities that just aren’t as accessible with traditional practices. 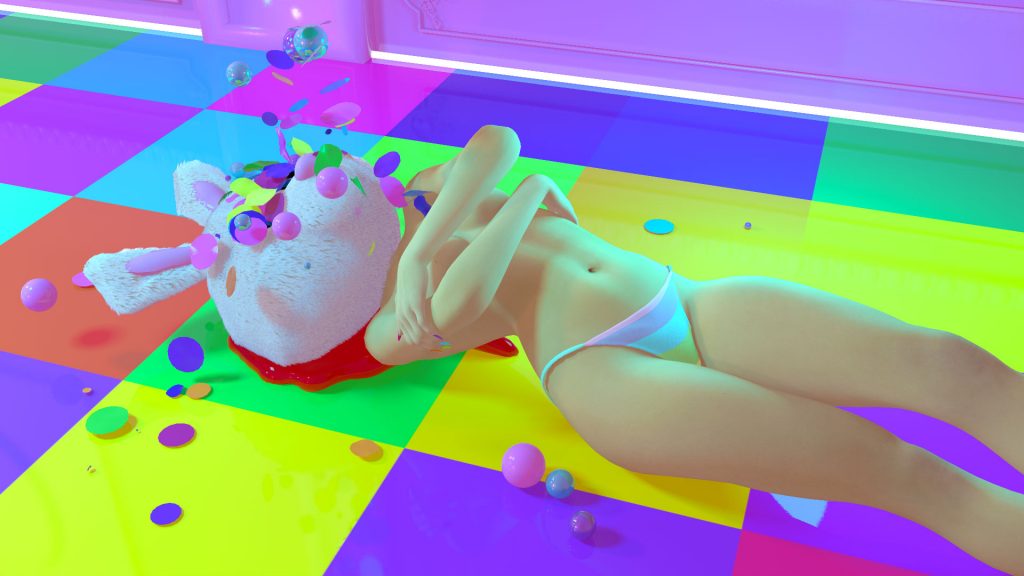 What are some other New Media Artists that inspire you?

My sometimes collaborative partner and fellow grad student @strange.lens is super inspiring, we push each other’s work to the next level. Also I love Josefin Jonsson, @pastelae on Instagram. I saw her work and just felt this need to figure 3D out as quickly as possible. And super motivated by all the #dailyrenders, I think adding that to my practice is already helping me improve in the medium so much. 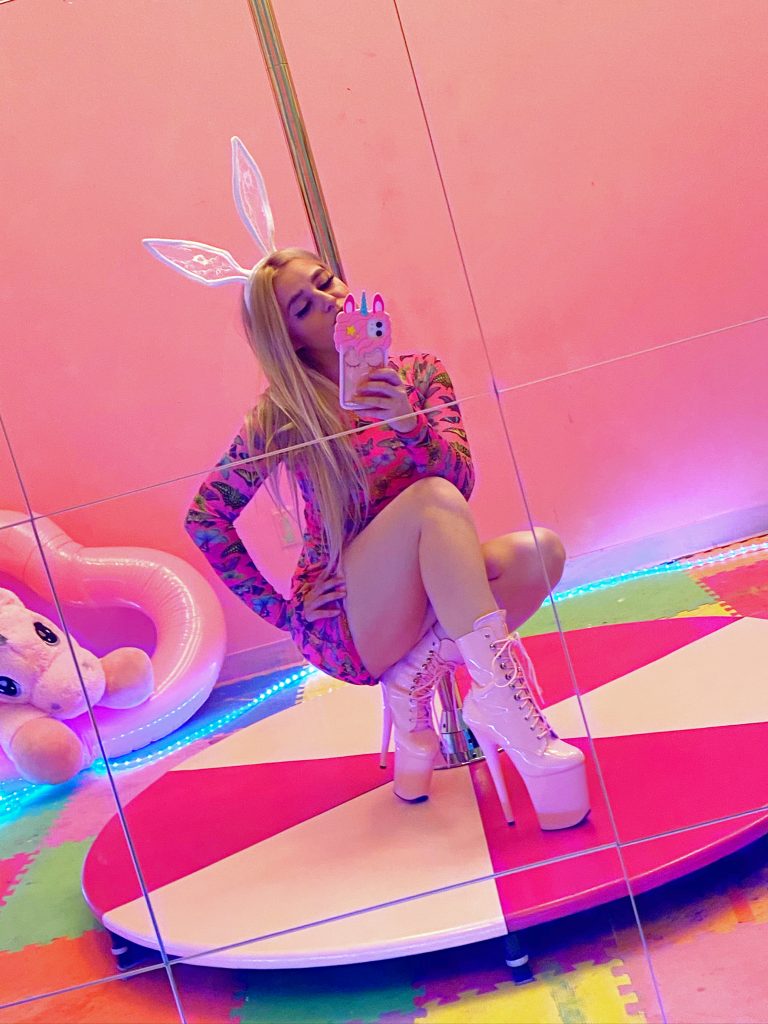 Is it challenging to be a New Media Artist? How so?

I think it’s definitely different, being somewhat non-traditional. But it’s also a huge advantage for me. Before going digital, I was painting large canvases and making intense full room installations. Now I can just make my whole little world on the screen and send it all over the world.

Could you share the most exciting project which you have worked on so far?

Through Slamdance I’ve met some other really great filmmakers and other industry professionals which has been really exciting. It’s led to some other opportunities I’m excited to share soon!

You can support @andilandart by following, sharing her work, and engaging. Shout out would be much appreciated too.

Andi is an amazing talented New Media Artist who deserves the attention!