Skip to content
Table of Contents hide
1 There must be Internet Law
2 Digital Law – What is it? Is it possible?
3 Regulatory Challenges For Internet Law
4 Limits of Technology
5 What is a Net Neutrality Policy?
6 Who should write the Internet Law?
7 What should Internet Law include?
8 Why is Intenet Law important?
8.1 About the Author
8.1.1 Vyara Stefcheva

Understanding the different levels of the Internet is important to understand how the Internet works and how regulation can work in this context. It begins by explaining how it works, including the legal, regulatory, political, economic, social, and technological aspects, and is a decentralized network within a network.

This, of course, leads us to our next point:

There must be Internet Law

The Internet affects different areas of daily life and is therefore an area where different laws apply, but one of the few areas of law that has been specifically developed for this purpose.

Depending on the circumstances of a particular case, Internet laws and regulations can be broad enough to encompass the entire body of US law. Yes, you’ve read that right. Internet Law can be integrated but in order to do that we need a better understanding of the web space and the freedom of speech online.

Digital Law – What is it? Is it possible?

Digital law is not a myth – it exists and refers to people’s rights to use technology.

The main purpose of digital law is to define the limits of a person’s power to use technological resources.

Digital Law is regulating a too wide range of legal areas such as:

As you can guess, the aspects are too much and too hard to regulate. 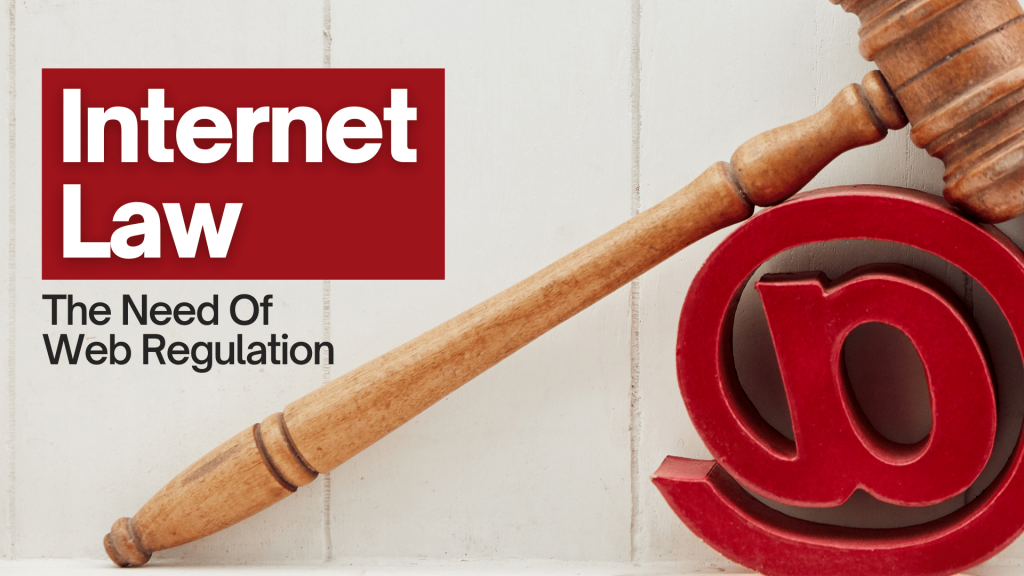 The truth is that personal data and content monitoring are two crazy sensitive topics for all countries around the world. That why it is very difficult to establish a universal correct approach. Questions arise:

Internet law also consists of a number of other legal norms governing activities on the World Wide Web. Internet law can cover everything from how websites are linked, how conflicts over domain names are resolved, how trademarks are used across the web, and how internet service providers are regulated in accordance with the terms of their contracts.

There is an obvious need for Internet Law and Web Regulation. However, the virtual space is independent. It has no borders and nobody owns it.

So does that mean no one is responsible? No.
Anyone who maintains a website for commercial purposes should clearly state the jurisdiction in which the person or server is located and the laws of that jurisdiction govern transactions on the websites. Website operators should be aware of the data protection laws that affect their users and the legal obligations of their service providers.

Net neutrality policy, which governs how information is received and sent, can also affect others, making it a particularly sensitive area of internet law. If a state has a net neutrality policy governing how information is received and sent, it can have a ripple effect between states, making it a difficult area for Internet laws.

For example, a website operator trying to comply with a law regulating content in one country may be in conflict with conflicting laws in another country.

Who should write the Internet Law?

Government regulation of the Internet is illegitimate, and governments should submit to cyberspace’s self-determination.

Because it is a global platform, this means that a single country’s government is unable to enforce the laws governing the Web.

As a result, many people believe that it should have an independent legislative system and be governed as if it were a country of its own. Because it is more challenging to enforce infringements in one country that uses them than in another. 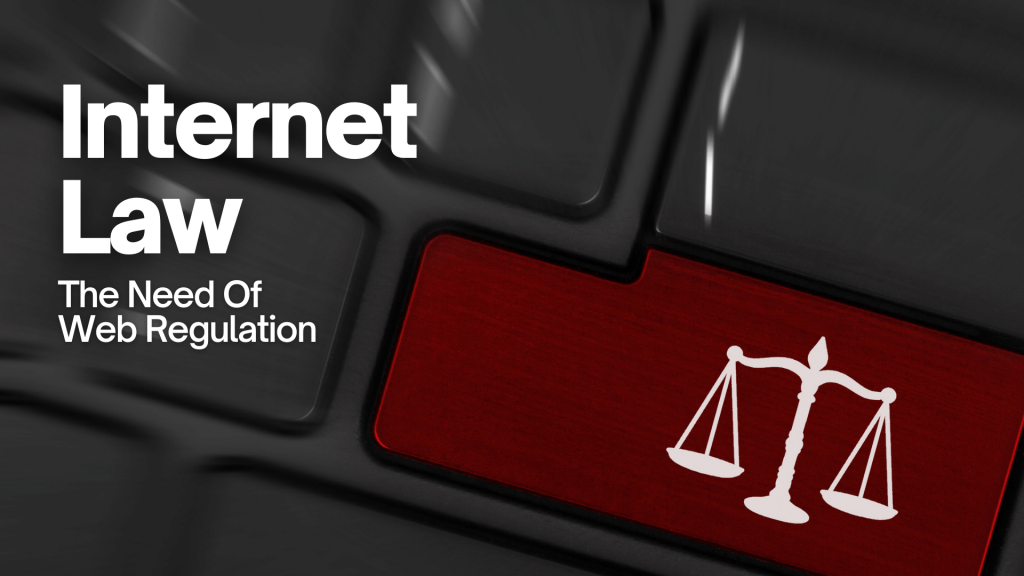 What should Internet Law include?

Due to the complexity and breadth of the Internet, Internet law must be able to cover a myriad of real and theoretical possibilities. Given the breadth and complexity of cyberspace, as well as the sheer number of different types of content, it must be able to cover a wide range of topics, from copyright and trademark law to copyright infringement and intellectual property rights.

Flat-rate rules requiring the registration of domain names that are alleged to have been involved in illegal activities go beyond ICANN’s remit and would inevitably enable it to interpret and enforce laws regulating website content.

Unlike other areas of law, Internet law cannot be identified as a specific, stable and solid field of practice. It also cannot identify specific legal principles such as the principle of net neutrality. The United States has had no formal rules on “net neutrality” for more than a decade, despite widespread public interest in such a rule.

Why is Intenet Law important?

The American academic Lawrence Lessig once challenged the idealized conception of the Internet, pointing out that code is law, and that the rules of software can be as important as the laws of a nation – states that regulate citizens “behavior.

This is not because state or state-backed law plays no role in the “Internet age,” but rather because the law is only a way to regulate.