What’s the Squid Token – the token inspired by the Squid Game Series on Netflix. Should you buy it or is it a scam? Everything about the Tokenomics.

The Internet is talking about the Squid Token – a new token inspired by the Squid Game series on Netflix. However, that’s most probably another scam.

As you know, the Squid Game series are now on the way to become the Netflix’s #1 bestseller in the whole world, so naturally, blockchain and fintech enthusiasts were fast enough to find a way to make some extra $$$ while the hype is still on.

Someo of the “aleged” creators of the fake tokens describe the Squid Token as:

“A token with which even poor people have the chance to get rich. Inspired by the famous Netflix Series “Squid Game”

However, there is NO information that Squid Game is launching a token and most projects online are most probably a scam. 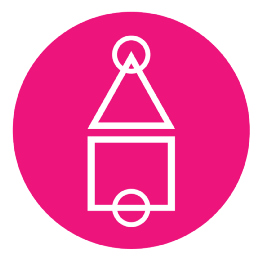 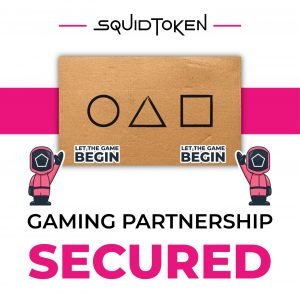 What’s the Squid Token Game: How does the scam work?

The way that the game will happen is simple and easy to follow, all you have to do is participate in the presale, the top 10 presale holders (based on amount of holdings) will be given VIP entrance to our game application. The Squid Token application will have a price pool, the price pool will be 2% of the amount raised on the presale and 10 of you will be able to participate in the games in the application and 3 of you will split the price pool. All you have to do is play and survive”

As you can guess… Whoever spends more, “survives”.

Some of the creators have have even come up with their own economics called “Tokenomics”. They describe it as an economic system that involves 1 quadrillion total supply of Squid Token, Fair Launch on 9 octomber, and mission to Get to 500+ Million marketcap and Luanch Squid Game NFTs.

There is NO official Squid Game App created by the Squid Game Series’ Team.

According to the information published online by a user who is trying to act like Squid TOKEN Marketing team, The Squid Token app is an app which could be entered by buying as much tokens as possible. On there, is a price pool made of 2% of the overall amoung raised during the presale period. The app has its own “games” where top 3 traders will split the price pool.

In other words: the creators are trying to convince people to buy tokens in order to become “players” and participate in a “game”. However, the anonymous post is trying to confuse people by falsly claiming that they are backed up by the official series. And this is NOT true, as far as we know.

There is no official token launched by the Original Squid Game creators, that is why you should be very careful and do your own diligence. When it comes to altcoins and “Shitcoins”, always assume that every project can be a financial scheme or scam. You can always use tools for validation.

Be scepticle of people who want you to participate in presales. Some may even push you into competing by buying as much amount of holdings as possible in order to become VIP – that’s fishy!

What are the Squid Token Games?

“The games will be anonymous until you reach the point of playing but will be well-known games to everyone and you will have a short description of each game before starting.”

As of today, there is no such thing as Squid Token Games created by Netflix.

How do you buy a Squid Game NFT?

There are still NO OFFICIAL Squid Game NFTs and no info how to buy them.

“Only the strongest of you, who can prove themselves among everyone else and stay in the game until the last second, will receive NFT’s!”

As you can guess, that’s bullshit.

Who created the Squid Game Token?

There is sitll no official token created by the actual Squid Game crew. However, there are tons of tokens that online that are trying to confuse people online! All of those creators are trying to make people buy by taking advantage of the hype and influence of the official Netflix series.

Is Squid Game Token and Squid NFT a Scam?

Always assume that every new shitcoin and shittoken project is a scam, until proven otherwise. With this one, we don’t even have a whitepaper and an offical address yet, so… Be careful, for real. Investing is risky and we are certainly NOT financial advisers. We won’t suggest that you risk your money for new projects with little to 0 information.

Cryptocurrency scams – how to avoid them