There are many benefits to blockchain technology when you compare it to other data storage ways, including enhanced security, better transparency, instant traceability, as well as increased efficiency and speed. However, even the biggest blockchain fans can’t deny it – the technology has its flaws and they have led to issues in the past. But so far the teams behind bigger blockchains that have experienced problems have acted and patched the bugs. You may be wondering what that means – what is a blockchain patch?

In this article, we’ll take a closer look at what can cause blockchain issues, how a patch can fix them, and what are the ways to avoid them. Let’s get a little deeper into this tech.

What Could Cause Blockchain Issues?

We listed some of the benefits of blockchain technology at the beginning of the text but let’s look at how there may be issues with it. First, let’s briefly talk about what is blockchain for those who aren’t as familiar with the concept.

A blockchain serves as a shared ledger where transactions are recorded and the data can’t be altered without affecting the whole network. How? The network is built from blocks that contain information about the timestamp and the transaction. Each block is connected to the previous and the following one, hence the -chain in its name. This means that you can’t alter a random block in the chain without affecting the whole blockchain. That’s why you’ll hear this is the most reliable and secure way of data storage and transfer. But it’s also about equality.

Blockchains are structured as peer-to-peer networks, meaning the computers (and their owners) participating in the network are equal, there’s no central authority to have bigger rights than the rest. Each computer that participates in the network is called a blockchain node. 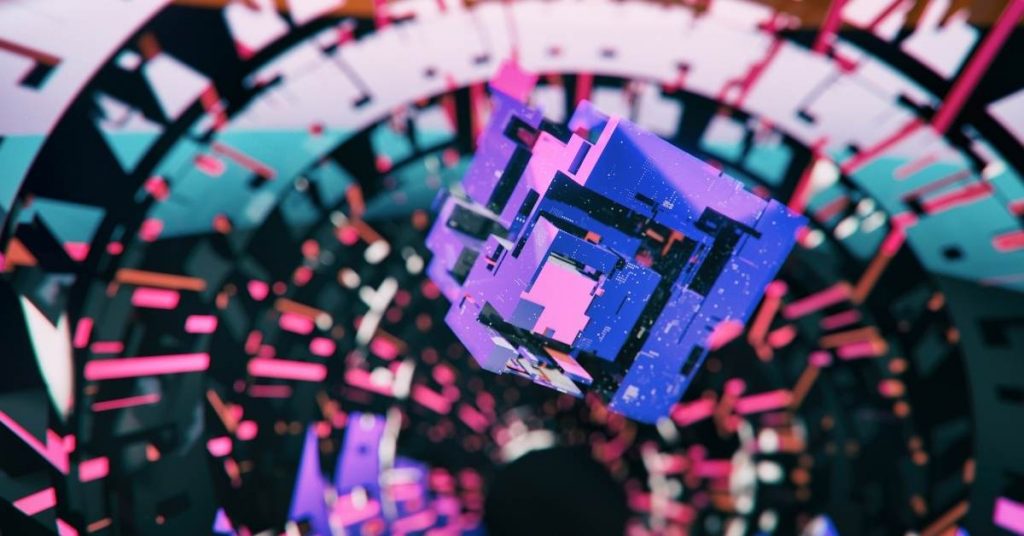 What Can Cause Blockchain Problems

In theory, this technology sounds utopian, right? A secured, transparent and equal environment for data storage and transfer. But it’s not without flaws, some bearable and some that can’t be avoided. Now there are the issues critics point out, such as scalability, energy consumption, lack of universal standards, etc. But we’re talking about what is a blockchain patch here, and that’s why we’ll be focusing on the elephant in the room – a blockchain can be hacked. Let’s see how.

For a blockchain to function, people on the network, need to verify the transactions to ensure their genuineness. This is done by a number of people to secure the process, and remove the option of someone manipulating it. But if someone was to gain access to more than half of the network, 51% or more to be exact, then they could potentially create issues for the whole blockchain, like creating a second version of the blockchain or double-spending cryptocurrency. This is more likely to happen on smaller scale blockchains because the bigger ones are harder to gain such control onto.

The majority of blockchain-related hacks have happened on exchanges for crypto trading. That was caused by poor security measures of the exchange, leading to malicious attacks easily breaching their data and causing network errors or even stealing users’ funds.

Blockchain issues may occur from the very start if the network is too complex and its developers have missed a glitch or let an error pass unseen. That could be later targeted by hackers and used as a weak spot through which to attack the blockchain. Similar cases have been observed with smart contracts (which run on blockchains).

These are some of the issues a blockchain may encounter. For some network issues, a possible solution could be a patch. But what is a blockchain patch exactly? We’ll finally find the answer to it as well as what its purpose is.

What Is a Blockchain Patch and What Is Its Role

The simple answer to what is a blockchain patch could be:

is a software change designed to correct minor anomalies or defects in the blockchain network or provide minor improvements to performance without changing the basic design, structure, or functionality of the network.

The patches are typically numbered to signify modifications to the version of the blockchain and you could find them on places like Github if the blockchain team posts there.

As you can see, the answer to what is a blockchain patch is pretty literal – it’s a solution, a fix, to an issue that has occurred on the network. Not all blockchain issues can be fixed through patches, here “band-aids don’t fix bullet holes” totally applies – you can’t fix everything through a small software upgrade. For example, if your exchange was hacked and your customers lost their funds, you can’t go and release a blockchain patch to bring them back, that’s not how it works.

What is a blockchain patch’s role is is to make sure bugs don’t happen again. If applied on time, patches can enhance the security of a blockchain and prevent further damage to the network, while the developers work to enhance its security even more. A blockchain could issue patches on regular bases to fix minor inconveniences. But there are also occasions when a blockchain patch is applied after an issue has already occurred. We’ll look at that in the following section.

What Is a Blockchain Patch: An Example

As we’ve explained what is a blockchain patch and how it’s used, we need to make something clear – it can be helpful but only if it’s done on time. And we’re not saying this only to remind developers to monitor their blockchains well (they should) but because history has taught us this lesson. The Parity patch issues are an example of what is a blockchain patch as well as why you should apply them on time or further issues can occur. Let’s examine them.

The Parity/Ethereum history can be described as what is a blockchain patch saga truly. But before that, let’s explain what is each:

📍 Ethereum is the biggest programmable blockchain, home of smart contracts and dApps, and also the native crypto Ether (ETH).

📍 Parity is a blockchain infrastructure company. Parity Ethereum is an open-source software solution allowing individuals to run a node on the Ethereum network, or any other that uses the Ethereum protocol. It’s an alternative to Geth Ethereum.

So what’s the issue? Well, there have been plenty. Starting with the Parity wallet hack in 2017 when someone found a vulnerability on the Parity Wallet and was able to steal 150K ETH (around $30 million). However, things don’t really stop here.

The problem with Parity and Ethereum is that there have been multiple cases of bugs, and that’s normal, all technologies have their flaws. The developers work and find solutions but the main complication here is – they don’t act fast. What is a blockchain patch’s purpose is to fix the bug as soon as possible so people don’t get their Ether, or anything else, stolen, meaning time is more than crucial. On multiple occasions already there have been reports about Parity not implementing their blockchain patches timely.

Back in 2019, a huge vulnerability was discovered in the Parity Ethereum. It was found that a series of malicious packets could easily turn off a given node and after a month, Parity published a patch. But what is a blockchain patch’s biggest issue to date – they didn’t act on time. A month after the publication of the patch, it still wasn’t implemented and almost half of the Parity nodes were still vulnerable. The website Autobahn conducted research and found that 7% of the active Parity Ethereum nodes have not been patched for nine months prior to this event! If that’s not what is a blockchain patch neglectance, we don’t know what else it could be called. 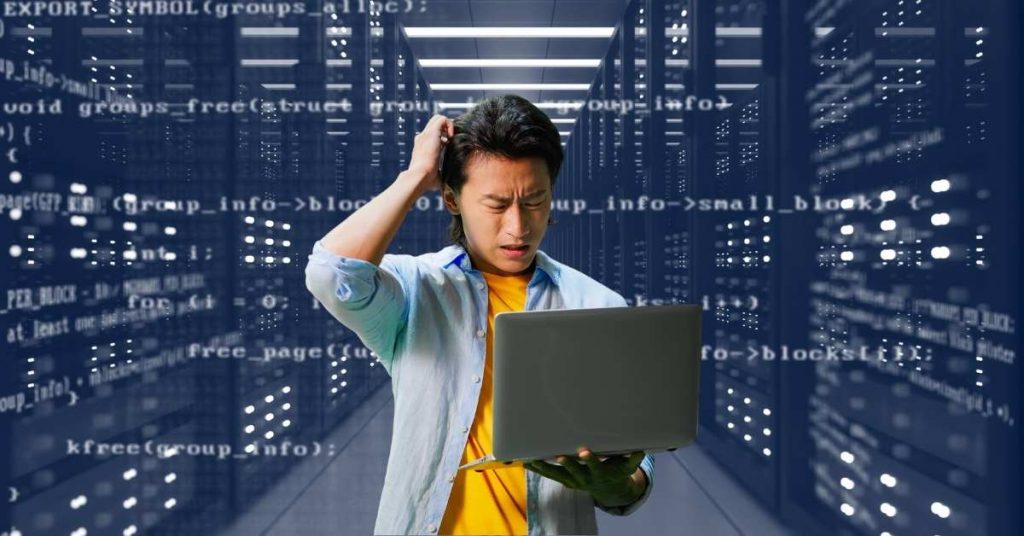 What Is a Blockchain Patch Way to Be Avoided?

Knowing what is a blockchain patch you probably realize that it can be seen as two things: a frequent maintenance procedure and a way for developers to patch up their network after a breach.

While the first is common, as every technology needs fixes in the process of work, the second should be taken with special attention. What is a blockchain patch way to be avoided for serious cases, is through close and constant monitoring of the network. There can even be used blockchain analysis tools, to help out with the identification of any potential risks.

However, the most important way to avoid big breach patches is to update. Update the network, update when there’s a blockchain patch released, and always update to the newest version. That’s applied to every common user as well as the developers of blockchains. If you’re looking up “What is a blockchain patch method to be avoided?” it’s through constant updates and upgrades of your network.

What Is a Blockchain Patch Lesson to Be Learned

What is a blockchain patch in summary: an improvement to the blockchain to fix bugs and issues. And what is the lesson of the day about blockchain patches, provided by Parity Ethereum? That it’s not enough to create a patch, you also have to implement it and if you don’t update, you’re going to cause further issues not only for the network but for its users as well. To resolve the issue of Parity Ethereum, or any other blockchain that’s struggling with constant patches (not applied in a timely manner) a more reliable update mechanism is needed.

If you’re a blockchain developer-in-the-making or perhaps an entrepreneur looking to start their startup and you were searching “What is a blockchain patch” we answered your question but would like to leave you with a piece of advice. Don’t leave the security of your network to rely on the possibility to patch up what’s been broken. Work on it in the meantime and if there’s a bug, release a patch for it and apply it on time. But don’t wait until someone hacks your blockchain to start trying to fix your problems.