Skip to content
Table of Contents hide
1 What is a Node in Blockchain?
2 nodes verify and validate
3 Full Explanation on Blockchain Nodes: What is a Node in Blockchain For Dummies
4 But what do nodes do?
5 Types of Nodes in Blockchain
5.1 Master nodes
5.2 Full Nodes
5.3 Lightweight nodes
6 What is the difference between full nodes and lightweight nodes?
7 Full Nodes
8 Lightweight Nodes
9 How does the node work on the Blockchain?
10 Functions: What does the Blockchain node do?
11 How to become a node in the Blockchain?
12 How to install a full bitcoin node?
13 Do node owners get paid for their work?
14 So why then run your full node if you don’t get money from it?
14.1 #1 Blockchain enthusiasts want to keep the network safe
14.2 #2 Trust noone, run your own node
14.3 #3 Decide the development of the technology
15 Types of Nodes on Ethereum
16 What’s going to happen to nodes on Eth.20?
16.1 About the Author
16.1.1 Vyara Stefcheva
16.2 FAQ about Nodes in Blockchain
17 Do miners also have their own node?
17.1 About the Author
17.1.1 Vyara Stefcheva

What is a Node in Blockchain?

A node in blockchain is a computer that stores the blockchain data and helps to keep the network secure. Nodes can be run by anyone, from an individual with a home computer to a large corporation.

Nodes are software that allows you to interact with the network.

They perform an important role in the blockchain, namely the confirmation of transactions and blocks, the validation of blocks, and thus ensure the security and uptime of the network.

Let’s start from here – Cryptocurrency blockchain is structured as a network architecture between network participants (peer-to-peer, or P2P for short).

The term peer-to-peer, or P2P, means that the computers participating in the network are equal. The term is not new because, if you take a little history, the first mass use of P2P networks was implemented by the network for sharing music files – Napster.

Although the Napster network was very simple (just a file sharing protocol), if you compare it to today’s blockchain networks, its basic principles are the same.

In this sense, everything is built in such a way that in P2P networks, each computer that participates in the network receives a name – a node.

But what do nodes do?

In a network, all nodes (computers) share responsibility for providing network services. This is because by interacting in the network, the nodes ensure the integrity of the work. *PoW concept*

Nodes are separate parts of the largest data structure, which is the blockchain.

Types of Nodes in Blockchain

Nodes are divided into regular and master nodes.

Not all blockchains have master nodes. For example, there are no such things in Bitcoin, but there are in the Dash blockchain. In turn, ordinary nodes (in the case of Bitcoin) are divided into full and lightweight ones. Full nodes store the entire blockchain, while lightweight nodes only store a small portion of it.

Master nodes are usually much better equipped than regular nodes. In addition to verifying, storing, and transmitting transactions, sometimes masternodes also speed up other events in the blockchain, depending on the nature of those events, be it: voting, protocol operations, and blockchain compliance.

Master nodes are always online (24/7) and provide much more memory than regular nodes. Since masternode status usually requires many more resources (electricity, uptime, maintenance, storage space, memory) to stay in masternode status, the status as a whole provides dividends in the form of interest.

Full nodes are typically used by developers or businesses who need to verify transactions on the network.

Lightweight nodes are used by most people who use blockchain technology, as they do not need to download the entire blockchain.

What is the difference between full nodes and lightweight nodes?

✅ Have a copy of the entire blockchain.

✅ Are network arbitrators and main guardians of the network

✅Check the correctness of transactions, blocks and hash

✅ Cannot independently verify the validity of transactions and blocks

✅Can only check if a given transaction is included in a block.

✅ Look to full nodes for data validation and depend on full nodes to work.

How does the node work on the Blockchain?

An example of how a node works is as follows:

When someone wants to send bitcoins (BTC), they broadcast a message to all of the full nodes on the network. The message contains the sender’s BTC address, the recipient’s BTC address, and the amount of BTC that is being sent.

The full nodes then check to see if the sender has enough BTC to send. If they do, the transaction is verified and added to the blockchain. Once it is added, it cannot be reversed or changed.

Thus, the term “blockchain network” means a set of nodes that fulfill the conditions of the P2P protocol for a given blockchain.

The network manages and coordinates actions in a fully integrated, decentralized and distributed way – every user in the network follows these canons. This means that this network of computers from all over the world is constantly interacting, initiating new transactions.

Every computer on this network is a node that has fully downloaded the blockchain. The network can become congested, but working together makes it scalable as it expands. 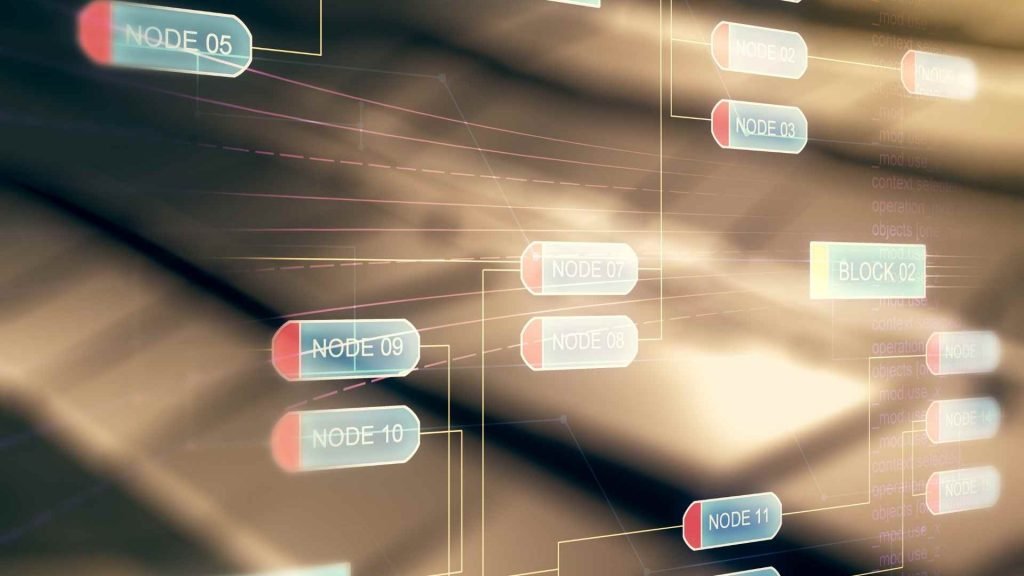 Functions: What does the Blockchain node do?

How to become a node in the Blockchain?

Any computer can become a node. To do this, you need to download special software and run it on your PC.

How to install a full bitcoin node?

To do this, you need to:

Do node owners get paid for their work?

Node owners are not miners.

In bitcoin, no. Only miners earn in BTC for their work, i.e. for performing calculations. Launching and operating your own node does not generate income. In Ethereum, with the transition to Eth 2.0, validator nodes will be rewarded.

So why then run your full node if you don’t get money from it?

There are three reasons

Firstly, nodes are launched by network enthusiasts, thereby increasing the resiliency and security of the entire chain.

The more nodes, the more difficult it is to “cheat” the network and the more stable it is.

#2 Trust noone, run your own node

Secondly, those people (and organizations) that conduct a lot of transactions are interested in relying on themselves, and not on other network participants, to verify and validate their transfers.

They trust themselves more than others, which is why they run their own nodes.

Incomplete nodes (lightweight) rely on full nodes in their work, therefore they depend on the latter.

Lightweight nodes can be compared to a client that accesses a server. If (theoretically) the client receives invalid data from the server, it will perceive it as reliable and will not be able to determine that it was deceived. Although, this situation is unlikely, because any normal wallet “connects” to full nodes. At least for an ordinary user who does not pay every day with cryptocurrency, it makes no sense to run a full node.

#3 Decide the development of the technology

full nodes can participate in voting on the further development of the network (hard forks, soft forks, etc.). 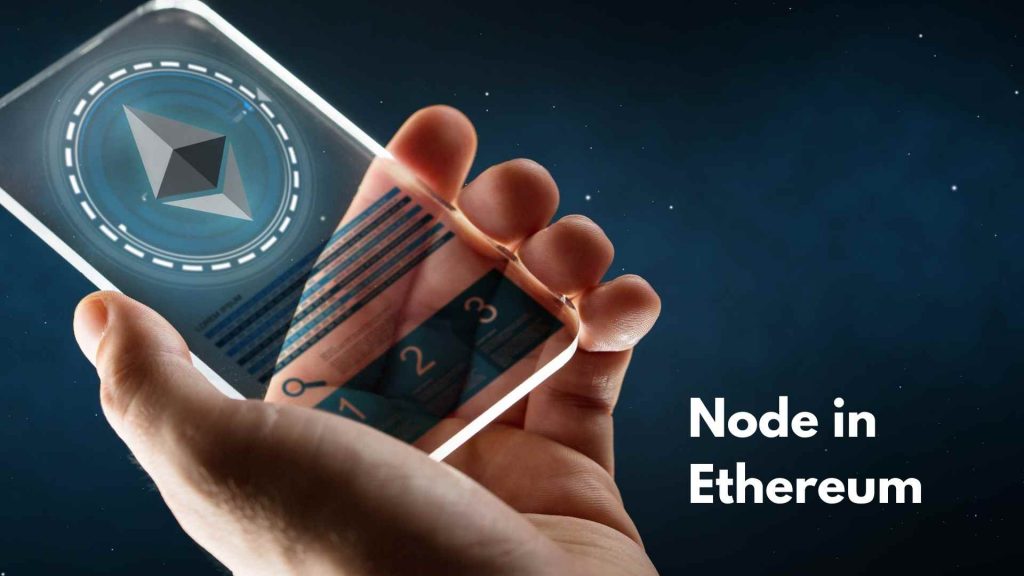 Types of Nodes on Ethereum

Ethereum has the following types of nodes:

Full and partial nodes are similar to nodes in BTC.
Full nodes store all the information on the blockchain, but do not record historical states.

Archive nodes are full nodes that store an archive of the historical states of the blockchain. With the help of archive nodes, you can find out information on any block in the chain at any time.

What’s going to happen to nodes on Eth.20?

With the transition to Eth 2.0, validator nodes will appear on the network.

Validators nodes are nodes into which Eth tokens will be placed and which will act as a verification of transactions according to the Proof-of-Stake consensus. In order to create such a node, you will need 32 Eth – a rather big amount.

Table of Contents hide
1 About the Author
1.1 Vyara Stefcheva

FAQ about Nodes in Blockchain

Do miners also have their own node?

Do miners also have their own node?

So incomplete nodes are useless? Why are they needed at all?

Incomplete nodes have a remarkable quality compared to full ones: they are lightweight and do not take up much space on the computer. And they can even be downloaded and installed on mobile devices. Any crypto wallet on your smartphone is an incomplete node.

But if miners have a full node, then they can check their transactions and found blocks themselves?

Block verification must be confirmed by the entire network, more precisely, by the majority of nodes. Only after that, the block and transactions can be included in the chain and recognized as valid. Miners need full nodes to validate their own transactions and verify them as miners sell their cryptocurrency. In general, you need to make a remark: it is the full nodes that perform the function of verifying transactions and the correctness of the hashes found, and due to them the network grows and transactions can actually be carried out. Miners, on the other hand, only look for the correct hash for the new block and, having found it, send the hash sum to the network for verification by full nodes. After such a check, the block becomes valid, is included in the chain, and the miner who finds the block receives his reward.

Who can run a master node?

Given the nature of the master node, not everyone can run it. T