When reality and the virtual area are no longer distinguishable, what is born is a new positioning of the human element, whose perception gets lost among what is reality and what is a simulated reality. In this tangent point between the two worlds, the Metaverse was born and it is with this ambition that Mark Zuckerberg has presented three new prototypes capable of realizing what is the mission of the Meta group.

What Has Zuckerberg Prepared?

The big news is not the prototypes themselves, but the horizon that they could allow to overcome in perspective. The explanation is in fact in the same considerations that Zuckerberg puts forward in his introduction to the results of the Menlo Park development workshop:

Screens capable of fully reproducing the breadth of human vision will allow us to achieve truly fundamental results. The first is a realistic sense of presence, which is the feeling of being with someone or in a place as if we were really there. If we think about how important it is for us to help people create bonds, the great significance of this goal is immediately evident.

The other day, while I was testing some of our photorealistic avatars, I had a mixed reality experience. Look around you, observe the environment around you, the room you are in. If you take off the headset, everything will remain exactly the same, except that there is another person with you that you can interact with. You can see them move and you have the feeling that they are really there with you.

Now imagine whether it is a member of your family who lives far away or someone you collaborate with on a project or even an artist you love. And imagine what it would be like to have the feeling of being physically together in the same environment. This is the presence and this is the meaning that the term has for me.

At the very moment in which the perception of space-time distances is canceled out, a new, very strong emotion will instantly be created that could have a huge impact. A similar tool, in fact, could have profound repercussions at work, sentimental, operational, and family levels: the areas of application are infinite since they pertain to the infinite range of shades of human nature.

Zuckerberg again: We have seen how our culture evolves to integrate the levels of completeness and depth that technology can offer. This inevitably leads to access to new forms of art and individual expression. People want to be understood. This is why we believe that the possibility of expressing oneself in the most immersive and realistic way possible is fundamental.

Passing a visual Turing test means allowing the person to immerse themselves in a story instead of witnessing it in front of a two-dimensional screen. 3D was perhaps nothing more than a primordial taste of what is going to happen, being able to give back something completely new to human experiences: an impact perhaps similar to what cinematography was in the years following the Lumiere, but with an ever-increasing interest profound of the synergy between technological elements and sensory systems of the human body.

The visual Turing test, as we call it along with many other academic researchers, is a way to assess whether what is displayed in VR is distinguishable from the real world. […] Even though VR is already capable of creating a strong sense of presence, convincing enough to make people believe they are really in a virtual place, it hasn’t reached a level that raises the question of whether what surrounds either virtual or real.

The following is what Meta Reality’s chief scientist shares for the journey of the company, concerning VR. Resolution is the first aspect that Meta will work on, bringing the limit to a much higher level than today and bringing it strongly closer to the organic limits of the retina. We will also work on distortion and focus, further aspects that technology has the duty to solve in order to restore the full sensation of reality to the eye. The challenge is an abnormal complexity:

According to our estimates, a resolution greater than 8K would be required to obtain the perfect view of the human visual field. Given the functioning of the human visual system, in fact, all of these pixels are unnecessary, because the eyes do not perceive high-resolution objects in the entire field of view. What is in focus is in high resolution. However, this is considerably reduced at the peripheral level, even if it still remains much higher than what a screen is currently able to provide.

In relative terms, it means bringing the number of pixels per degree to about 60, with a resolution that is about 250% higher than that of current viewers (such as Oculus’ top-of-the-range Meta Quest 2). If you add to this the need for lenses capable of flexing to shift the focal length, as well as a new level of HDR, the challenges add up and stratify to a level that is difficult to measure in relation to what has been achieved to date.

The works proceed in parallel on devices of this type, which Zuckerberg presented in the same hands as him:

In these devices there are two evident elements: first of all, a taste of the future that demonstrates how the horizon of the possible has abnormal potential; between the lines, there is a relaunch of Meta’s ambitions, which wants to demonstrate that it is at the forefront in a sector in which Zuckerberg wants to be the first in order to benefit to the maximum extent from what the economic return will be.

Where VR has not arrived, where 3D has failed, 3D VR could generate opportunities for what would be a real revolution. It is not just a question of the metaverse: it is a question of perception, empathy, and complete reversal of the experience of man in synergy with the machine. 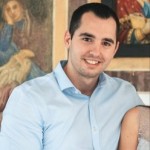 My main mission in life is to share my knowledge and experience with others but in a way that they can actually benefit from it.