Skip to content
Table of Contents hide
1 Will robots take over jobs?
2 Will some jobs become obsolete in the future?
3 Is technology advancement bad for us?
4 How is Technology affecting People’s lives?
4.1 How advanced is AI?
4.2 Will automation cause a job crisis?
4.3 Technology in the future and jobs
4.4 Can Technology Really Replace Humans?
4.4.1 About the Author
4.4.1.1 Vyara Stefcheva

It is easy to say and conclude that artificial intelligence could somehow replace humans in the near future. The rapid development of technology has supposedly led to a kind of dystopian future, in which automated technology meets people’s needs.

By this logic, technology will not displace us, but will make us do the very things that make us human – human.

Will robots take over jobs?

Machines won’t fully replace humans, because there are certain jobs that  always have to be done by humans.

The world will always need workers who create, maintain and improve others.

A robot can take over a job only insofar as a machine replacing a human worker in a factory or even a driver in an office building. This will make everyday life easier and some boring and uniform professional duties will be replaced. 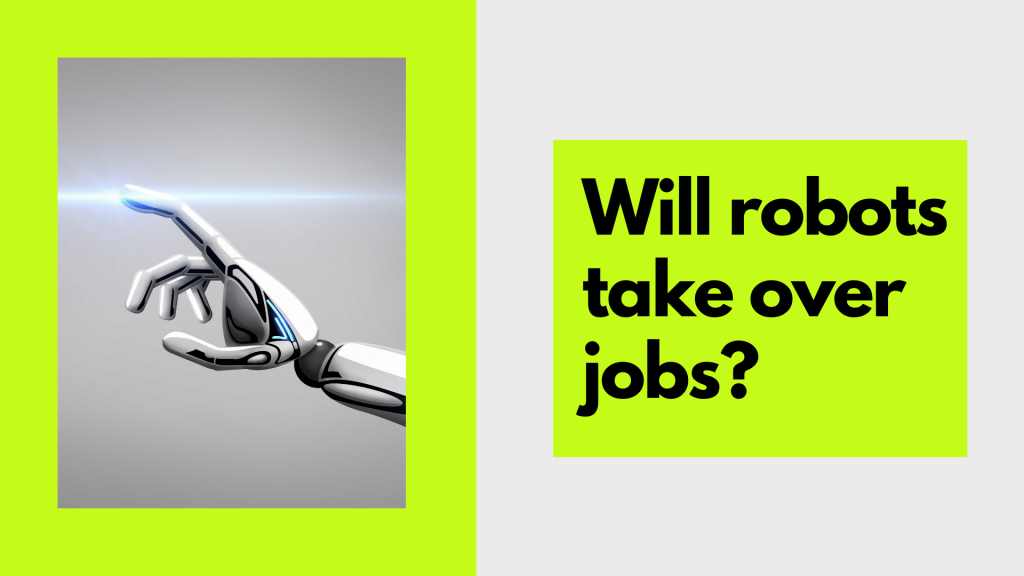 Will some jobs become obsolete in the future?

Most likely, yes. But this doesn’t mean that robots will be stealing peoples jobs -they will rather redirect our skills to another way of application. Through automation, technology can abolish some professions with constantly recurring duties that can be easily performed by anyone.

For example,
Imagine that you are a secretary. Every day you have to answer 10 identical questions on the phone, instead of paying attention to more important issues related to people in the cooperation and their needs. When actually, these 10 questions can be reduced to 10 scenarios – that just need to be retold to customers over and over again.
That way, as a secretary, you won’t waste your time answering stupid questions that have a pre-determined answer. Your personal skills will be applied in real situations where the human factor and decision-making skills are important.
Still, remember:

Talent will be always talent. Advanced technology can’t steal that from you.

Is technology advancement bad for us?

The fact remains that machines will replace some jobs, and that is the essence of the industrial and technological revolution.

In the age of artificial intelligence, those who predict that jobs will be lost through automation are more concerned with what machines can do than with what they cannot. Some technological solutions provide us with automation, but robots can be programmed to do the same thing at all times, giving us a consistency that human workers cannot provide.

How is Technology affecting People’s lives?

It would be unreasonable to say that artificial intelligence will not replace all jobs, but will make them easier and better for people.

Robots have come a long way, and there are still certain tasks that are better left to the human element, such as speech recognition, speech processing, and language translation. The work that humans do will become more thoughtful, rewarding, and fulfilling.

New technologies are sometimes used only as another way to replace uneccesary human labor or reduce costs. There is a lot of development potential for lifelike robots that can walk and jump independently or smart cars with smart sensors. 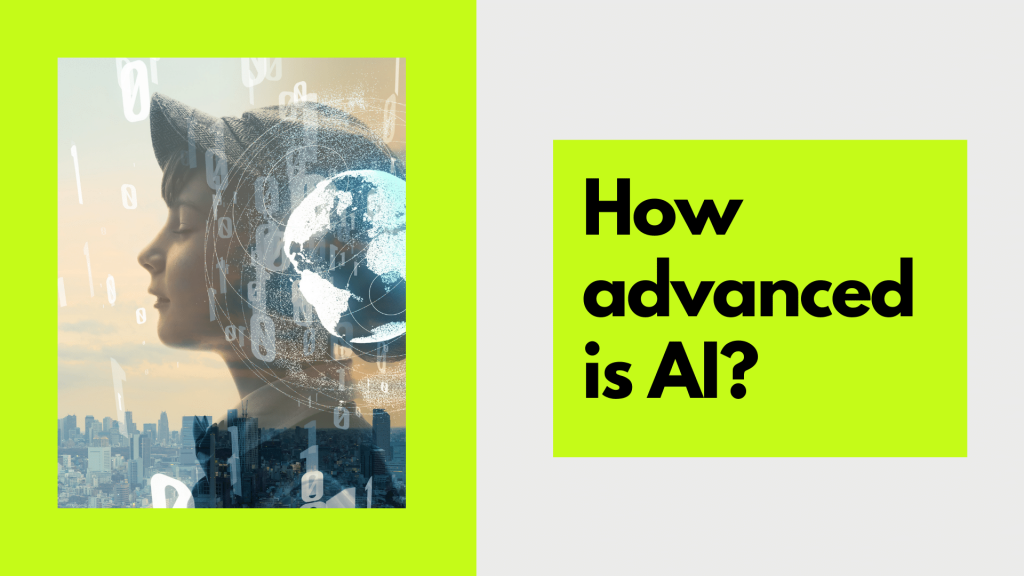 How advanced is AI?

Today’s computers can process data much faster than we can, and machine learning is certainly important, but at this stage of technology development, it is impossible for robots to rely on themselves.

Fully independent artificial intelligence says tomorrow’s cyborgs will be “millions of times smarter than you.” If society adopts a human-centered approach to technological advances, Daron Acemoglu from MIT Economics argues, AI will have the potential to make people more productive without replacing them. 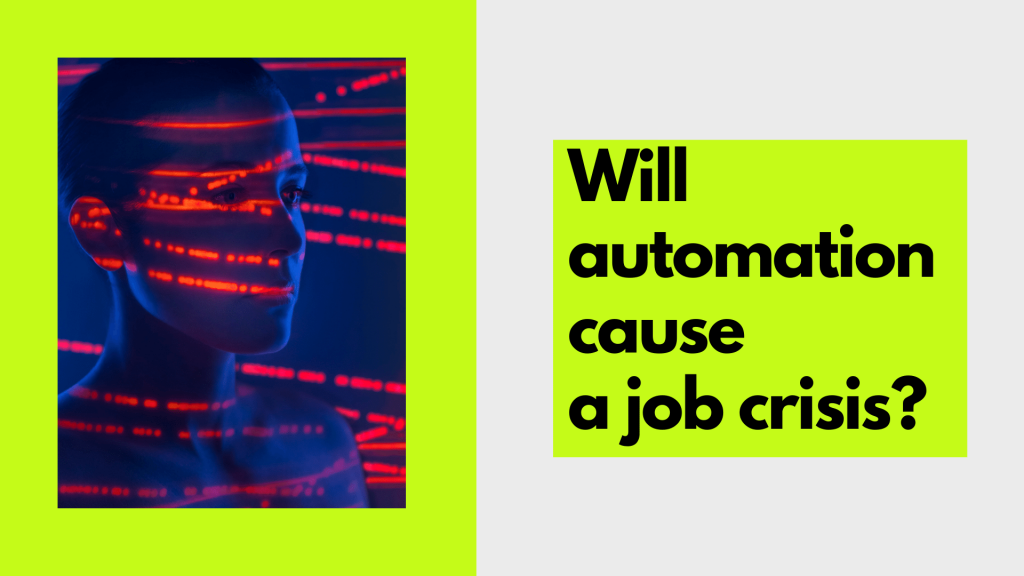 Will automation cause a job crisis?

It’s a good idea to combine people and technology to transform a company’s education, data and operations into a virtual production line. How come? Well,

automation is not about replacing people with machines, but about expanding the workforce with technologies that make it easier for teams to operate on a larger scale and at higher quality.

Here are a few examples of where technology and automation can help:

For computer scientists, this means reducing human skills to specific tasks that computers can train to accomplish – on one. Workers who take over tasks from computers could see their jobs automated as artificial intelligence and robots become more powerful over time.

Artificial intelligence is becoming more efficient at jobs that were once human domain, making it harder for humans to stay ahead of machines.

Technology in the future and jobs

As technology develops, robotics and machine learning will penetrate activities that today have little technical potential for automation. Of course, the number and complexity of tasks robots are equipped to perform will increase with the development of technology.

However, we should not be pessimistic. We need to look brightly to the future and think about our development in the field of the professions of the future. 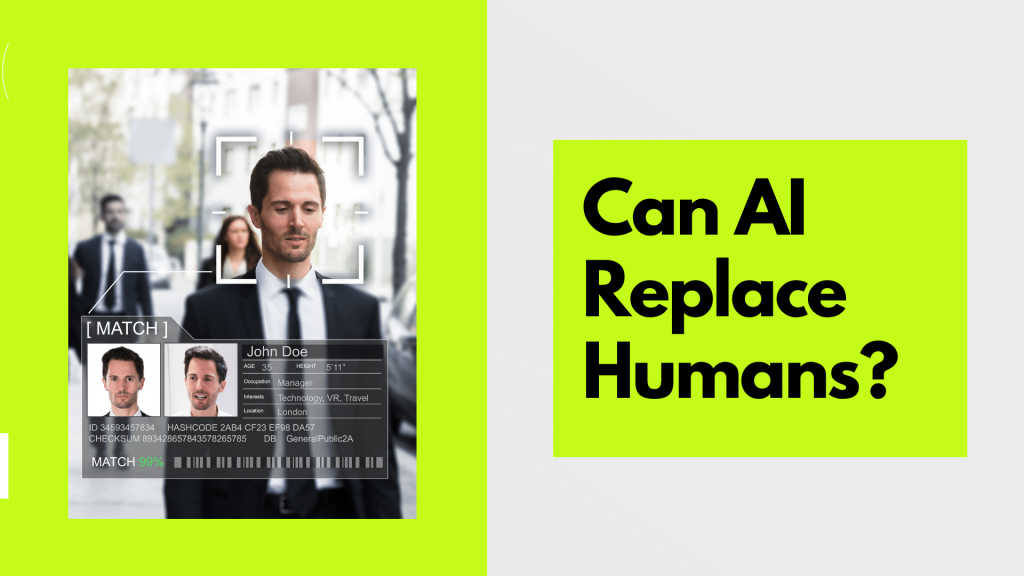 “If anything, technology will likely create new kinds of work for humans”, says James Bessen, who heads the Technology Policy and Research Initiative at Boston University. In the immediate future, human doctors and medical staff will not be replaced by technology, but by new ones. Machines could one day handle diagnoses and even operations, but for now they are not ready for the job.

For centuries, technological advances have always pushed a section of the population out of the labour market, and as a result, new roles have been created. It seems likely that technology will replace several jobs in the near future.

Will AI replace humans and cause an inevitable global unemployment crisis, or will future technology actually displace jobs from humans themselves?