One of the hottest topics on the crypto market in 2021 was the Shiba Inu coin (SHIB). Starting out as a joke, this meme coin brought very serious gains to its early investors. In this article, we’ll go over the essential information you need to know about this digital asset before you decide if it’s worth investing in it or not.

What Is Shiba Inu Coin (SHIB)?

Shiba Inu or SHIB, is a meme token that runs on the technology ERC-20, introduced by Ethereum. Born in the wake of the Dogecoin project (DOGE), it also incorporates the same mascot.

Dogecoin emerged in 2013 to make fun of Bitcoin and only recently the developers released a roadmap. Compared to DOGE, however, Shiba Inu immediately set up a serious project, destined to last. It therefore also differs from many other joke coins, which seem to be linked to a momentary phenomenon. And the fact of having chosen ERC-20 (protocol for the creation of tokens linked to Ethereum) establishes itself as a more serious project, unlike other similar coins that have preferred to rely on Binance’s BSC to have lower costs even in start.

One objection raised about the Shiba Inu coin project is that very little is known about the team that would develop it, and the same can be said of the more active members of the SHIBARMY, the active community supporting the project.

The developer or team of developers of Shiba Inu is called Ryoshi. Their identity is a mystery and what’s more, the individual decided to disappear recently. Much like the first crypto’s creator, Satoshi Nakamoto, Ryoshi decided to leave their project without uncovering their identity. On May 30th 2022 they declared that not the creator is important, but the SHIB project and community, so they seemed to have disappeared, at least for now.

As mentioned, this looks a lot like how the Bitcoin creator left after their project started gaining popularity. The mystery has been a topic for speculations through the years but the first crypto has managed to do well without the presence of its creator. The case for Shiba Inu may be similar, only time will tell.

The Shiba Inu ecosystem is equipped with an AMM, very similar to projects like Uniswap or Pancakeswap. This is intended to generate profits for those who hold the tokens, for a profit system called staking and which aims to increase the value of a crypto by pushing the holders to keep it (and not to exchange it continuously for short speculations).

ShibaSwap is also the only access channel to the two other tokens of Shiba Inu – BONE and LEASH.

Another interesting project related to the token is the Shiba Inu Games, a project that focuses on collaborating with exceptional consultants and contractors in order to create a game for the mobile that should be called Oshiverse. It is now known how much the world of video games also includes more and more cryptocurrencies, especially the Metaverse. 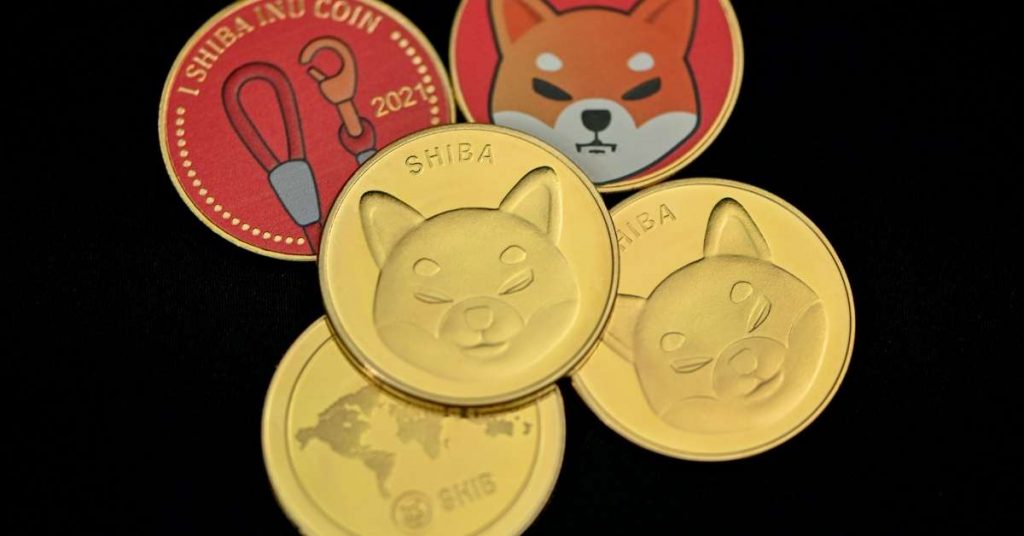 How Does Shiba Inu (SHIB) Work?

Shiba Inu coin is based on the ERC-20 system, which means that it is a pre-established data structure, designed to facilitate the implementation of various functionalities on the Ethereum blockchain, as well as the creation work for developers.

As previously mentioned, Shiba Inu has a similar exchange to Pancake Swap. The Swap is already active and has managed to achieve incredible liquidity.

ShibaSwap, on the other hand, allows you to access exclusive non-fungible tokens (NFTs)  that can be exchanged between users.

The SHIBARMY also uses the token to support a non-profit organization that takes care of dogs from the breed Shiba Inu, called Shiba Inu Rescue Association. The community is encoraged to leverage Amazon Smile, which means that a portion of your Amazon order can be donated to the organization.

Shiba Inu is a great example of how the community behind a project is one of the most important factors in its development. Since its launch, the token has gathered a strong fan base that continues to support it today, when it’s trading below its all-time high of $0.00008845. The SHIB community actively advocates for the listing of the coin on the major platforms for crypto trading and creates hype for the token online.

The current bear market has affected this token as well, however the broad expectation is for all crypto to recover. If you want to see what the price of Shiba Inu coin is now, you can consult the chart below.

The most popular ways to buy cryptocurrencies like Shiba Inu is by directly buying it on an online crypto trading platform or trade it, using contracts for difference (CFDs).

If you want to buy the coin at a cheaper price in order to resell it if the Shiba Inu coin price rises in the future to accumulate a return, then you’ll have to buy it at a trading platform. You can pick between a broker, a platform that provides different assets for trading, or an exchange – platforms only for crypto. Exchanges can be centralized (CEXs) and decentralized (DEXs). SHIB is fairly popular so many brokerages and exchanges, like eToro, Binance, and Coinbase list it. However, some platforms like Robinhood still haven’t added it for trading, due to the coin’s volatility. You have to research if the platform of your choice offers this cryptocurrency for buying.

With CFDs, you won’t be purchasing Shiba Inu coin directly, instead you will be investing in a derivative contract that replicates its value, having it as an underlying. In this case, you’ll have the opportunity to invest in a cryptocurrency or any other asset, focusing on both the rise in its price and its fall, opening long or short positions based on your forecasts. It will then be possible to exploit a financial leverage , which multiplies the profit, while remembering that it is a “double-edged sword”.

What Is the Best Wallet for Shiba Inu Coin (SHIB)

Just as important as buying the Shiba Inu coin cryptocurrency, is selecting the right place to store it. Cryptocurrencies are stored in digital wallets, categorized in two types: hot storage wallets and cold storage wallets. The wallets differ by how they’re connected to the internet, hot wallets are always online, and cold ones are only connected for transaction purposes.

Hot wallets like Electrum and Mycelium store your private keys online. Some exchanges, like Binance or Coinbase also provide built-in wallets. This means that if you want to use an online-connected digital wallet for your SHIB coins, you can either pick a service or find an exchange that provides such wallet and avoid using different providers.

The other type of wallets, cold wallets or hardware wallets, are external devices that you connect to your computer only to make the transactions for your coins. You can store your Shiba Inu cryptocurrency on hardware wallets like Ledger or Trezor and be more confident that you’re less likely to suffer from online attacks.
You’ll be able to find a wallet for Shiba Inu easily, since it uses the ERC-20 token standard, which means that most wallets will likely support it, whether you want a hot or a cold type of storage.

How to Make Money With Shiba Inu Coin (SHIB)

Considering the information listed so far, you may be wondering how to make money out of this cryptocurrency. Here we’ll explain what the public’s opinion of the Shiba Inu coin cryptocurrency is, and is it possible to get returns from it.

Shiba Inu is indeed very volatile. However, cryptocurrency traders and investors know that it’s exactly the crypto volatily that can bring them potential returns. If you invest in SHIB, trusting the possibility of its future growth, you may earn in the long term.

The possibility of the Shiba Inu coin price to drop is present as well, just like with any asset. But supporters of this cryptocurrency are hopeful that the token’s fundamentals and showcased potential, will rise its price once again in the future and maybe even surpass their hopes. The connection of Shiba Inu with NFTs and the Metaverse may be a way for investors interested in the sectors to make money as well.

If you’re wondering if you can make money out of mining Shiba Inu, the answer is no. As mentioned, this token can be staked, which it relies on the Proof-of-Stake mechanism, not the Proof-of-Work, therefore, it can’t be mined.

What Are the Pros and Cons Of Shiba Inu (SHIB)

✔️ The community behind the project is very strong and supportive
✔️ Several developing projects with big potential, including ShibaSwap
✔️ High market capitalization, especially for a meme coin
✔️ Suitable for short term trading due to high volatility

❌ Meme coin, meaning investors may not trust it enough and its volatility may result badly in the future
❌ Uncertainty about whether the project will be able to accomplish its goals, attract new investors, or reach a high price

Is Shiba Inu (SHIB) Worth Following?

Shiba Inu coin (SHIB) emerged seven years after the first meme coin, Dogecoin, and declared itself as the “Dogecoin killer”, using the same Japanese dog breed as its logo but promising better things than DOGE.

Unlike most meme coins, Shiba Inu rests on a solid blueprint. Although there are several aspects to evaluate, many factors point out that SHIB could be attracting more attention to itself in the coming years.

Shiba Inu has had many detractors from the beginning, but there’s a big community who believes in the project. The reliability of the project has been proven in the past. For example, the ShibaSwap scores 92/100 for safety on CertiK, a platform that evaluates blockchain security.

The SHIBARMY, one of the most active crypto communities ever, is also responsible for the future growth of the project, as they’re helping the price rallies. If you want to become a part of this devoted fanbase, keep in mind that like every digital asset, SHIB should be approached with caution, as it may bring you gains but just as well you may lose your investment, due to the volatility of the coin or a change in the overall market sentiment.

Shiba Inu coin is definitely worth keeping an eye on. The coin itself still remains a promising asset. Along with that, the other projects on the ecosystem, like NFTs and games, are also expected to gain more popularity in the future and potentially help the price of SHIB climb up again. Even though the SHIB community doesn’t have the Elon Musk crypto influence on its side, as Dogecoin does, it’s proven to be strong enough to help the coin on its way to success. All of these factors make Shiba Inu cryptocurrency worth following, even if it’s to get an idea how a popular meme coin is performing.

What Do You Need to Know to Invest in Shiba Inu?

You should have at least a minimum of technical knowledge and experience before embarking on investing in any cryptocurrency, since they’re very risky investment. It’s advisable to start with a smaller sum and follow the market to know when to sell or invest more. The best favor you could for yourself is to enhance your financial literacy, this will help you with your SHIB and with all investments.

How Much Will SHIB Be Worth in the Future?

Nobody can predict the exact price of cryptocurrencies, since past performance doesn’t guarantee future gains. Experts are still optimistic about the Shiba Inu coin price, though nobody realistically expects it to reach $1 anytime soon.

When Should I Sell Shiba Inu Coin?

The best time to sell SHIB or any other crypto is when its price is high, taking advantage of the greed in the market. Don’t fall for panic-selling if you want to have profitable gains on your trading.