Whether you’re a fintech lover, a Web 3.0 enthusiast, a crypto trader, or just our local internet citizen, you’re most likely familiar with blockchain to some degree, right? This is the technology that has been moving various sectors in the last decade, prompting them to become more secure and transparent.

But have you ever wondered where this tech came from? Or what is the longest running blockchain today? Good questions for which we may be able to provide you with some insight.

What Is A Blockchain?

Blockchain could be summarized as a continuous chain of chronologically interconnected blocks built according to cryptographic rules. What does this mean is that a growing list of records, referred to as blocks, is securely linked together and every block contains a cryptographic hash of the previous one. That hash contains information about the timestamp and the transaction data, and the first is used to prove that the second existed when the block was published to get into its hash. As every block has information about the previous one, it’s impossible to change or alter them without affecting the whole chain.

There are different types of blockchains, including public, private, and hybrid blockchains, as well as sidechains. The various uses of this technology today include cryptocurrencies, smart contracts, financial services, supply chains, domain names, games, and others.

After the brief introduction of the technology, let’s see what is the longest running blockchain today.

What Is the Longest Running Blockchain’s Predecessor?

The idea of the first blockchain-like protocol was proposed by David Chaum in 1982 in his dissertation called “Computer Systems Established, Maintained, and Trusted by Mutually Suspicious Groups”. Stuart Haber and W. Scott Stornetta were the first to put similar technology to use. Their intention was to implement a system where the document timestamps are impossible to be tampered with. Together with Dave Bayer, the three specialists incorporated a technology called Merkle tree (or hash tree) and allowed several document certificates to be collected into one block. They formed the company Surety whose document certificate hashes began being published in The New York Times in 1995 and continue to this day.

Could this be considered as what is the longest running blockchain? Not really, since it works in similar ways, but it’s not a fully functioning blockchain. But nonetheless, we can definitely call this the inspiration for the technology, as it was also later officially declared so, but we’ll get to that soon. 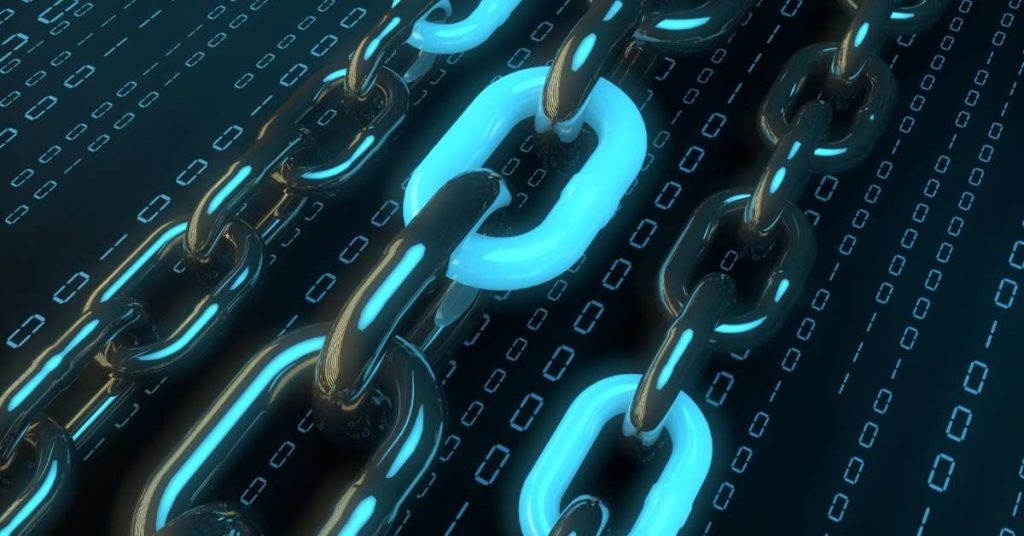 What Is the Longest Running Blockchain?

Were you surprised that the first blockchain-like technology is still used at The New York Times? It’s indeed very interesting to see traditional media being one of the first who adopted this technology. But let’s now get to our real question here – what is the longest running blockchain?

The first blockchain that is also the longest running one, continuing to actively operate today, is the Bitcoin blockchain. According to Satoshi Nakamoto, the person or group of people behind the project, the idea started in 2007 and was realized in 2009. Nakamoto wanted to create the first cryptocurrency Bitcoin as a decentralized, not reliant on banks or governments alternative to fiat money. The technology he used to create it is now known as what is the longest running blockchain today.

What Is the Longest Running Blockchain’s Way of Work?

In 2008 Satoshi Nakamoto described Bitcoin in a whitepaper in which a part of the cited sources were publications by Haber and Stornetta, confirming that their first attempts at this technology inspired the contemporary model. However, the Bitcoin creator improved the initial design by using a Hashcash-like method to timestamp blocks. Previously this method was used to limit email spam and DoS attacks and it works by requiring users to compute moderately hard (but not impossible) functions and get rewarded for it. That’s also known as the Proof-of-Work consensus mechanism for mining cryptocurrency, where miners solve complex problems on the blockchain and in reward, get a fixed sum of the cryptocurrency.

What else the first blockchain did was introduce the way to timestamp blocks without the need to have them signed by a trusted party as well as stabilized the rate at which blocks are added to the chain. The technology of what is the longest running blockchain today was used in 2009 as the main component of the first cryptocurrency – Bitcoin, where it continues to serve as a public ledger for all the network transactions.

What Is the Longest Running Blockchain’s Competition Today?

At first, nobody paid much attention to the Bitcoin cryptocurrency or its blockchain. However, slowly but surely both rose in popularity to the point when the Bitcoin price hit almost $69,000 in 2021 and its technology became a driver for sectors like fintech and the Web 3.0 movement. And naturally, as that went on, rivals started emerging.

Today there are more than 20,000 cryptocurrencies that claim to be better than the first crypto, either promising more price potential, or better technology behind them. But many competitors of what is the longest running blockchain known today also came out. Here we’ll go over the honorable mentions.

The biggest competitor of what is the longest running blockchain today is the Ethereum blockchain. The idea for it started a few years after Bitcoin was introduced but it was officially released in 2015. This is the biggest programmable blockchain, also known as the king of smart contracts. What does that mean? It means that unlike on the Bitcoin blockchain which is used only for transactions of the crypto, on Ethereum you can create decentralized applications (dApps) and use it for many purposes, like the creation of fungible and non-fungible tokens and the execution of smart contracts, to name a few. This gives Ethereum not only the priority as a more functional blockchain but also has a very successful cryptocurrency called Ether or ETH, second by market cap in the world.

Cardano is a blockchain, and a cryptocurrency with the symbol ADA, that came into the decentralized world to complete not only with Bitcoin but also with Ethereum. It claims to be more sustainable than both of them and though it’s been taking a relatively long time to develop all of its features, it’s definitely on its way there. For example, since the summer of 2021, there’s now the availability of smart contracts on the blockchain. Some consider that as an advantage on its own and what is the longest running blockchain’s minus for missing. But Cardano has more to come, as its detailed roadmap hints, so investors and developers can only hope it comes true.

Another rival can be considered the Tezos blockchain. This open-source blockchain can execute peer-to-peer transactions as well as deploy smart contracts. It has its own cryptocurrency XTZ. Though this is a newer and not as popular platform as the two previously mentioned, this competitor of what is the longest running blockchain known today is also commonly used as an alternative to more energy-intensive blockchains, such as Ethereum.

The rivals of what is the longest running blockchain today that we’ve mentioned so far all deploy a newer consensus mechanism called Proof-of-Stake (Ethereum is getting there, migrating from Proof-of-Work). The Solana blockchain, however, shines with a combination of Proof-of-Stake and a new technology called Proof-of-History – a trustless way to verify transaction timestamps. This, along with the fast and cheap transactions, make this a worthy competitor on the market today. Though the blockchain and its crypto SOL have had network issues so far, people remain interested in the network.

What Is the Longest Running Blockchain’s Future?

You now know that the first attempts at this technology were made at the end of the previous century. However, the answer to “What is the longest running blockchain?” is the Bitcoin blockchain, being the first decentralized blockchain that continues to work to this day. We’ve presented some of its competitors of it on the market, did you notice how they’re all trying to outbest the first blockchain or present more features? That’s a common pattern in the decentralized world, where most cryptocurrencies and blockchains compare themselves to the first one, either claiming to be the next of its kind (by success) or to be much better.

If you’re worried about the future of the first blockchain, let’s look at some facts. It’s true that the Bitcoin blockchain doesn’t provide as many features as its later rivals but there are obvious reasons for that. First of all, back when it was created probably few could guess it had the potential to serve so many purposes. But also, it serves its main one – to be the place of the biggest fiat alternative. The BTC crypto was introduced as the version of finances we can get without any bank to be able to freeze your funds, a potentially more equal money type for people. And what is the longest running blockchain doing is exactly serving that purpose – it’s a platform where people operate this money with equal rights, known also as peer-to-peer. Satoshi Nakamoto didn’t promise NFTs or DEXs, they came only after his technology blew up and started getting adopted. That’s why we can’t blame the Bitcoin blockchain for the lack of use cases and it’s doing exactly what it promised to do.

That’s why it’s a little pointless to worry what is the longest running blockchain’s future or will it be outshined by the newer blockchains on the market. As long as the Bitcoin crypto remains, its blockchain will continue to operate. This is the most popular digital asset, adopted by many individuals and institutions, even accepted as a legal tender in a country, so if cryptocurrencies stick around, it’s the most likely to remain. The pioneer in blockchain technology brought many after itself and that can only make us happy, seeing how many fields now adopt this technology, and not stress us that someone will make the Bitcoin blockchain stop. Many continue to recognize what is the longest running blockchain’s potential and we can only remain hopeful that this technology, which started in the late 90s and officially launched in 2009, will continue to surprise us in the future.