Cryptocurrency has become such a prominent part of our finances that we may as well have forgotten when it first emerged. But if you consider how long has Bitcoin been around, the first crypto, you can realize that it didn’t take digital assets that long to establish themselves in our lives.

Since BTC is the king crypto, the first to come and still the most popular up-to-date, we’d like to take a short informative walk in the past years and retrace its steps leading to its global adoption and popularity. Whether you’re familiar with how long has Bitcoin been around, or you’re curious to find out more about it, here you’ll find information about its history, as well as some thoughts about how it may go in the future.

Before we delve into how long has Bitcoin been around, let’s clarify what is Bitcoin. As mentioned, this is the first cryptocurrency, created by an individual or a group of people, going by the pseudonym Satoshi Nakamoto. Their aim was to make an alternative to traditional finances that wasn’t controlled by an institution nor dependable on any bank or government.

Bitcoin is based on blockchain technology and new bitcoins are issued on the blockchain after a network of computers solves and verifies transactions in blocks. The people who do that are called “miners” and the process is known as “Bitcoin mining”. Miners receive rewards in the form of bitcoins for each solved block. Currently, the reward is 6.25 bitcoins and that’s considerably lower than in the first years of the crypto. The decreasing reward is due to the limited supply of BTC – 21 million. There will ever be only that many bitcoins on the market, potentially the last ones will be mined in 2140. The decreasing supply rises the higher demand for the coin, due to its scarcity, making it more wanted and valuable. 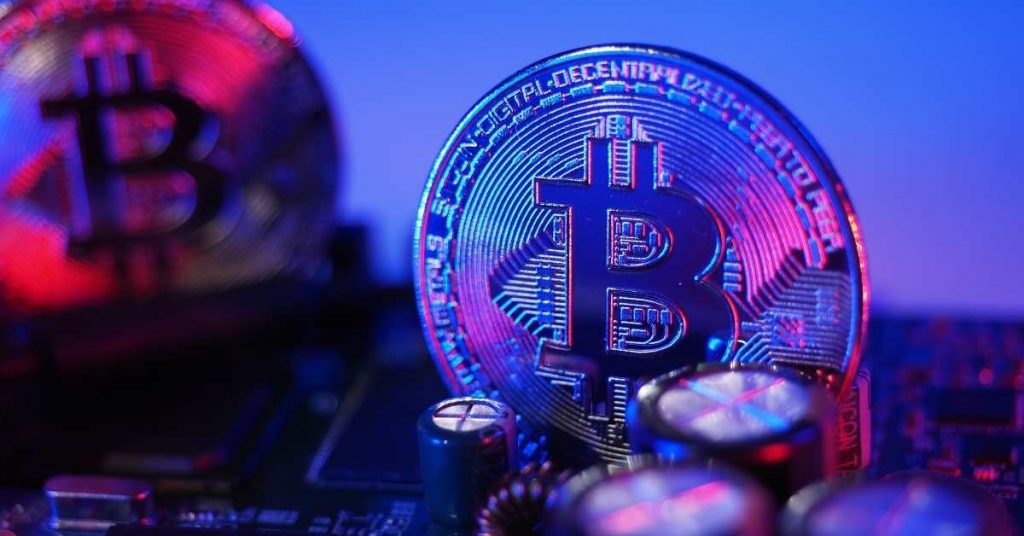 Bitcoin History: How Long Has Bitcoin Been Around?

The short answer to hong long has Bitcoin been around is 13 years. But we’re going to give you more insight than just that. According to Satoshi Nakamoto, the work on Bitcoin began in 2007. In the summer of 2008, they registered the domain for the official site of the cryptocurrency. In October of that same year, the whitepaper for Bitcoin was published. Now, if you’re not familiar with what a whitepaper is, that’s a document that presents all the essential information about digital assets. Today if a new cryptocurrency doesn’t have a whitepaper it may be a huge red flag. It’s true that some crypto scams put a lot of effort to steal from people, but if a project doesn’t have the essential documents, to begin with, it’s just as suspicious.

The title of the said whitepaper is “Bitcoin: A Peer-to-Peer Electronic Cash System”. We’ve mentioned already why is that – from day one of how long has Bitcoin been around, its creator has stated that they want the crypto to replace fiat money. According to them, traditional money is too easily controlled by a small group of people, meaning banks, governments, or the top 1%, and that makes them not only easy to control but also an unfair financial vehicle. That’s why Bitcoin was created, as well as the technology behind it, to provide users with an equal ground for trading finances that aren’t going to be frozen if someone simply decided so.

The core of the technology of the first crypto, and what the following more than 20K assets are based on, is the peer-to-peer community. This means that users communicate equally with one another and have the same control over the blockchain, hence the decentralization of this type of finance.  However, there have been attempts to centralize cryptocurrencies throughout the years, either by developers and big investors holding a majority of a certain asset or through governmental regulations. Until today, though, digital assets are still a lot more decentralized than traditional fiat money.

But let’s go back to how long has Bitcoin been around and the official answer is – since January 9th, 2009 when the first block (genesis block or block number 0) was released. You may be wondering how much was Bitcoin when it first came out? It was $0.00 and it took it almost a year to reach around 10 cents. Doesn’t that sound surprising, knowing its highest price of almost $69,000 in 2021? Well, to some it may and others may wonder why it took it so long to grow in price, considering how long has Bitcoin been around. Let’s look into that now.

The BTC Price History Since How Long Has Bitcoin Been Around

Bitcoin really is an embodiment of that “zero-to-hero” phrase. It has had a steep climb from 2009 when it first came out and traded for nothing to the two bull runs in 2021 when it reached $64K and $68K respectively. However, does that seem like a long time considering how long has Bitcoin been around? Well, it may be, but here we’ll look at why is that.

Bitcoin appeared in the midst of the financial crisis that started in 2008. Sure, it was created as an alternative to fiat money but back then everyone had either lost their job, a considerable amount of their savings, or likely both. It’s understandable that the majority of the world didn’t want to put what little money they had left into some new thing that they weren’t even sure what was about.

That’s why it took 2 years for the Bitcoin price to reach $1. Now this made people interested and the price started climbing and fluctuating, reaching $1K in 2013. That’s pretty impressive, right? Just 2 years after it had reached a dollar, it jumped to a thousand. Certainly more people now started buying bitcoins but 2017 was when it absolutely exploded in popularity after it reached $19K. Then it was the first time since how long has bitcoin been around when not only Internet enthusiasts but also companies and institutions paid attention to the asset.

2020 came and dragged all financial markets downwards, not sparing Bitcoin. However, by the end of it, BTC managed to get to $30K, only warming up for the 2 highs in 2021 in May and November. First, the price of the asset reached $64K in May, then a sharp market drop followed, and after recovery during the summer, BTC went to almost $70K. To this date, that’s the highest value of the coin since how long has Bitcoin been around. 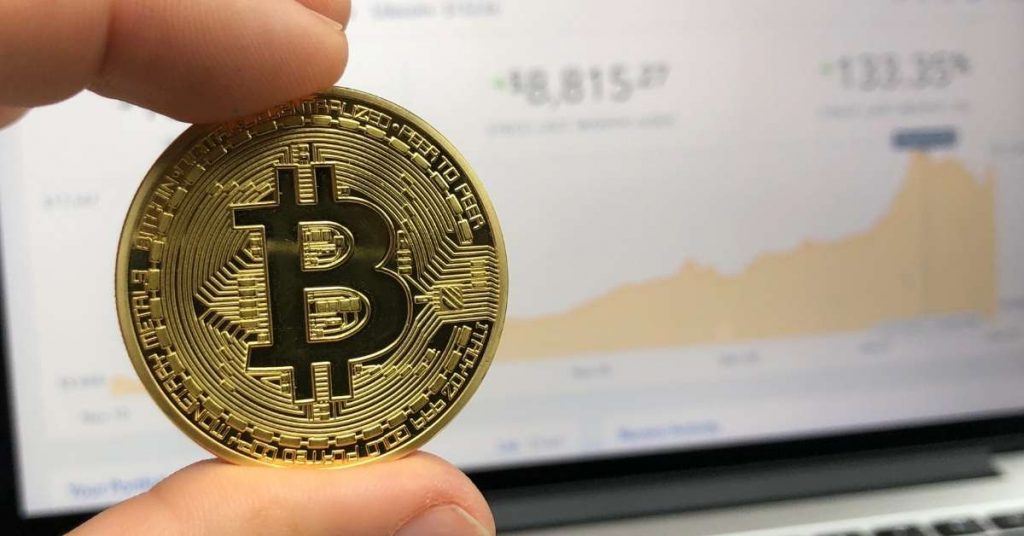 Considering How Long Has Bitcoin Been Around: What Has Changed?

Knowing that BTC has been in the making since 2007 but 2009 is how long has Bitcoin been around, you may be wondering what has changed since then? Let’s revise what happened during the years the first crypto grew.

🪙 Bitcoin’s popularity and adoption: It took a while but now this is the most popular and most widely used digital asset. When Bitcoin reached its first big milestone in 2017 many recognized its value and today you can not only invest in the crypto but buy your car with bitcoins or even a house.

🪙 Bitcoin competition: Shortly after BTC started gaining interest, new digital assets started emerging. Now there are more than 20,000 cryptocurrencies on the market and many of them claim to be “the next Bitcoin”, meaning they’re promising to repeat the success of the first crypto. So far none has managed it fully, but we can only wait and see.

🪙 Technology development: You know now how long has Bitcoin been around – for 13 years now, but that’s also how long blockchain has been on the market. This means that Bitcoin has what could now be considered even outdated technology, especially the mining process, and the newly emerging assets have time on their side when it comes to advancements. That’s why many altcoins (Bitcoin alternatives) claim to be better than the king crypto because they’re solving technological issues BTC has.

🪙 Use cases: BTC was introduced as a fiat alternative and though it hasn’t managed to replace traditional money completely, it’s very widely adopted. However, that’s the initial and only use case of it. Now many new cryptos emerge with numerous uses that try to outshine BTC by how much more functional they are.

🪙 Cryptocurrency volatility: For as long as how long has Bitcoin been around, digital assets have been very volatile investments. What this means is that their prices are easy to move up and down by different factors and in general they’re more risky and unstable investments than stocks, for example. That stands for Bitcoin just the same as for other cryptos. However, being the first cryptocurrency, Bitcoin is a lot more stable than newer assets. It’s also considered a market driver, meaning its price movements can make the prices of all other assets rise or fall. That’s why the crypto fear and greed index is also measured by Bitcoin’s value because it’s the most influential asset in the decentralized world.

How Long Has Bitcoin Been Around and How Long Will It Last?

We know how long has Bitcoin been around, the idea for it since 2007, and the actual cryptocurrency since the beginning of 2009. Revising its path to the present, you may be wondering where is it heading? While nobody can tell for certain, especially after the months of market volatility that followed after the highest price of the asset, many remain hopeful that Bitcoin will remain a crucial part of our lives and eventually stabilize and even rise in price again.

You can’t base your trading or investment decisions on price predictions, and we’re definitely not advising you on what to do. But when you look at Bitcoin realistically, you can tell that the path it has taken so far couldn’t just lead to a dead-end, right? Its current lower price is influenced by the factors that are shaking up the whole world. Does that mean that the crypto will recover once things calm down globally? Many hope so. Even if it doesn’t reach $100,000 or a million, Bitcoin and blockchain technology are likely to stick around for a long time, because people saw the freedom they provide and liked it.

Considering how long has Bitcoin been around and how much it’s grown during that time, prompting many new assets to emerge due to its popularity, and changing the way we perceive finances, we have a solid ground on which to base our optimism for the future of this crypto.